Joe Biden is a Centrist 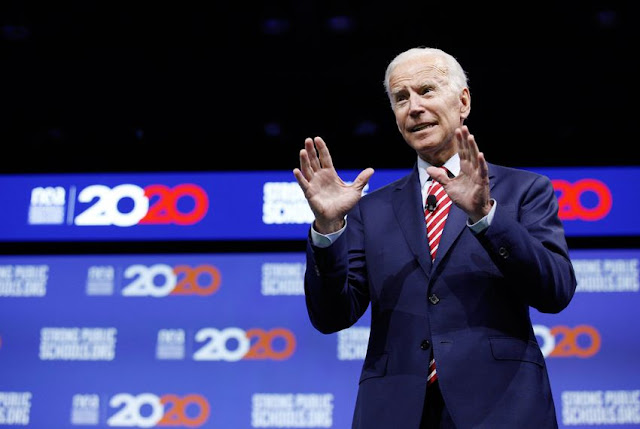 You can ignore anyone freaking out about this. Joe Biden is running as a centrist, and he's trying to appeal to as many people as possible without alienating anyone. This is called "trying to win the presidency" in a time of polarized political discourse.


Joe Biden told voters in New Hampshire on Monday that he would consider choosing a Republican as a running mate, but added, "I can't think of one right now."

Biden discussed the possibility after a woman told the former vice president that if he is the nominee, he will "have to pull out all the stops."

"Our 21-year-old son said the other night, 'I wonder if Joe Biden would consider choosing a Republican as a running mate," the woman added.

"The answer is I would, but I can't think of one now," Biden replied. "Let me explain that. You know there's some really decent Republicans that are out there still, but here's the problem right now ... they've got to step up."

If that sounds out of touch, it is. If that sounds naive, it is. And if it sounds like Biden is pandering to as many people as possible in order to get them to vote for him, he is.

People on the left will hate him for saying it, but Biden really believes that there will be a core group of Republicans who will give him their votes if he wins in November. They won't, but he can believe it all he wants. He remembers the Senate from a decade ago, and he has forgotten how awful things are under Mitch McConnell.

Biden should have said, "if you can find one that isn't crazy and doesn't support Trump and is willing to switch parties, I might consider it." This is a great way to respond to anyone in the press who asks, "what are you going to do to unite the country?" Biden can hold up his offering to the other side as reason enough to believe him when he says that he will work hard to bring Americans back together.

In reality, he'll have to deal with whatever GOP opposition is out there, and he'll be hamstrung by Democrats in the Senate who will try to return the institution to normalcy if they take it back this fall. Democrats will bend over backwards to undo McConnell's vandalization of the Senate's rules. And that's the other mistake that might get made here. Biden shouldn't expect Republican support and Senate Democrats should just continue with McConnell's rules and practices in place.

Statements like this can be used to deflect criticism. Biden can say, "look, I'm trying to unite the country and reach out to the other side. Trump's not doing that. I'm reaching across the aisle."

In point of fact, Biden would only pick a Democrat who could deliver electoral votes. He would pick Beto O'Rourke if there was a shot at putting Texas in play (and there is, believe me). He would pick any Democrat from a southern or purple state who could help him (hello, Stacey Abrams). And he wouldn't seriously consider any Republican. This is just a way to float the idea that he's a centrist in comparison to Trump.

Don Imus Was a Howling Bag of Shit 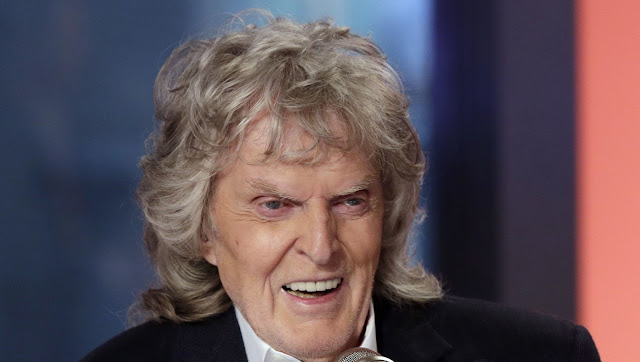 Don Imus is dead, and I have nothing good to say about him. They will cite his charity work as evidence that he was a good person, but, remember. Charities are hella good tax dodges when you work in the media and make millions.

Imus was a howling, hateful bag of irascible shit, poured through a cheap trucker hat and cut with trucker speed found in a bottle of urine. His outsized political influence gave corrupt Republicans a platform that they used to advance their soul-sucking agenda. He employed racists and nincompoops interchangeably. He used every ounce of influence he had to advance his own interests to the detriment of everyone else so, as far as 20th Century shock jocks go, he was just south of Glenn Beck and well north of whatever dickhead terrorized your mid-sized city until someone figured out how to make money off of a satellite program. He was unemployable for much of his career, and lived in the shadow of better broadcasters. He made people appreciate Howard Stern, for God's sake.

The legacy of Don Imus is this: he made one of a slew of racist jokes that punched down at the Rutgers University women's basketball team and ended up giving us Morning Joe with Joe Scarborough. For that, the devil himself has taken Imus into his bosom and given him a pitchfork and a flaming butt plug.

This is a better world now. Fuck him, fuck his anti-vaccine advocating wife, fuck his legacy. He traded on the need to punch down and kiss ass and tried to make it look like he was doing the opposite.