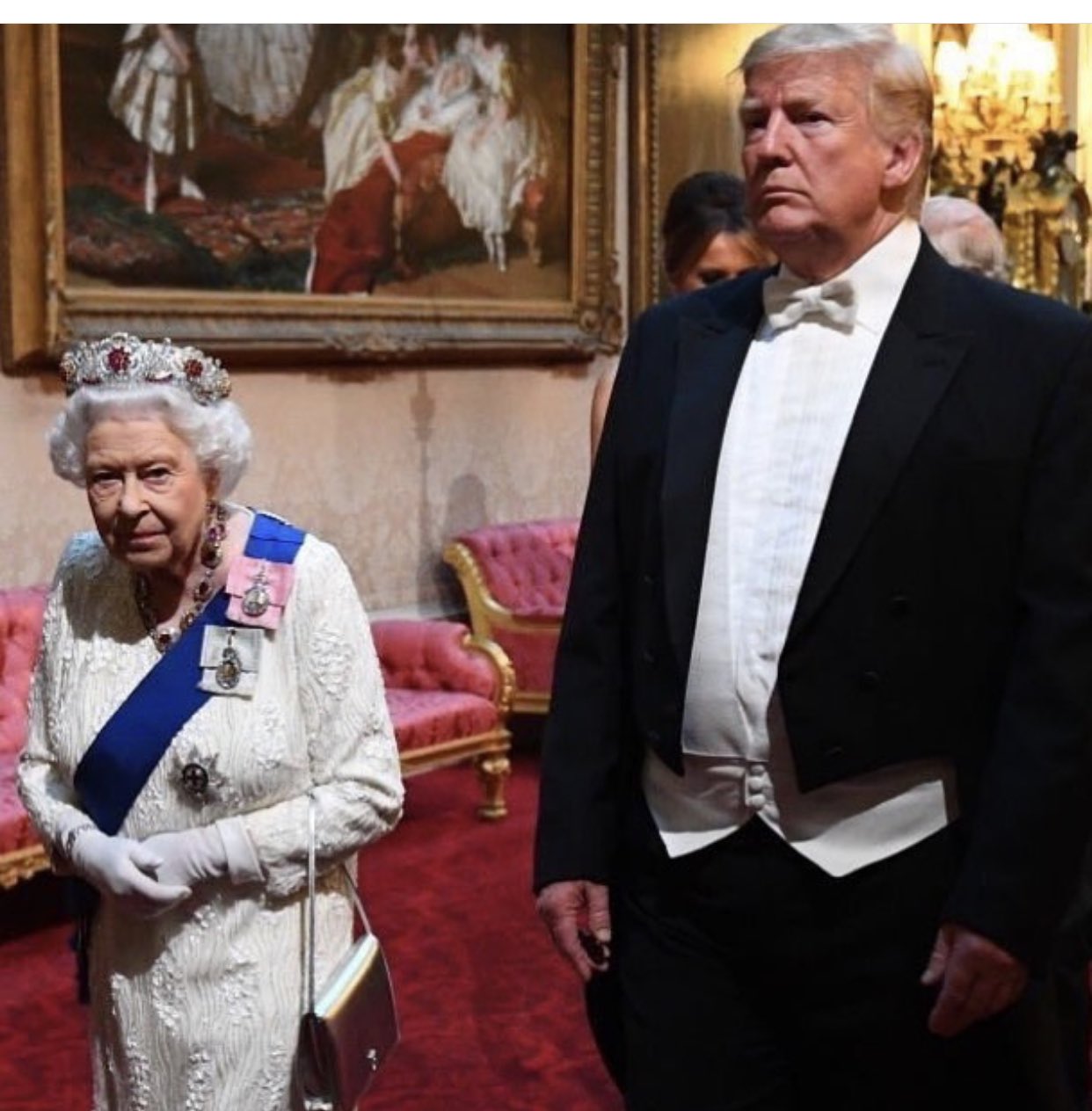 America is now a one-man debacle on the world stage. You couldn’t find a more ridiculous image if you tried, and there are so many now of Trump trying to look and act presidential that it simply cannot be done. One picture tops another picture. He is so far beyond being a mere buffoon that it just doesn’t register anymore.

Whoever let him appear like this in public is good at lying about how good he looks. 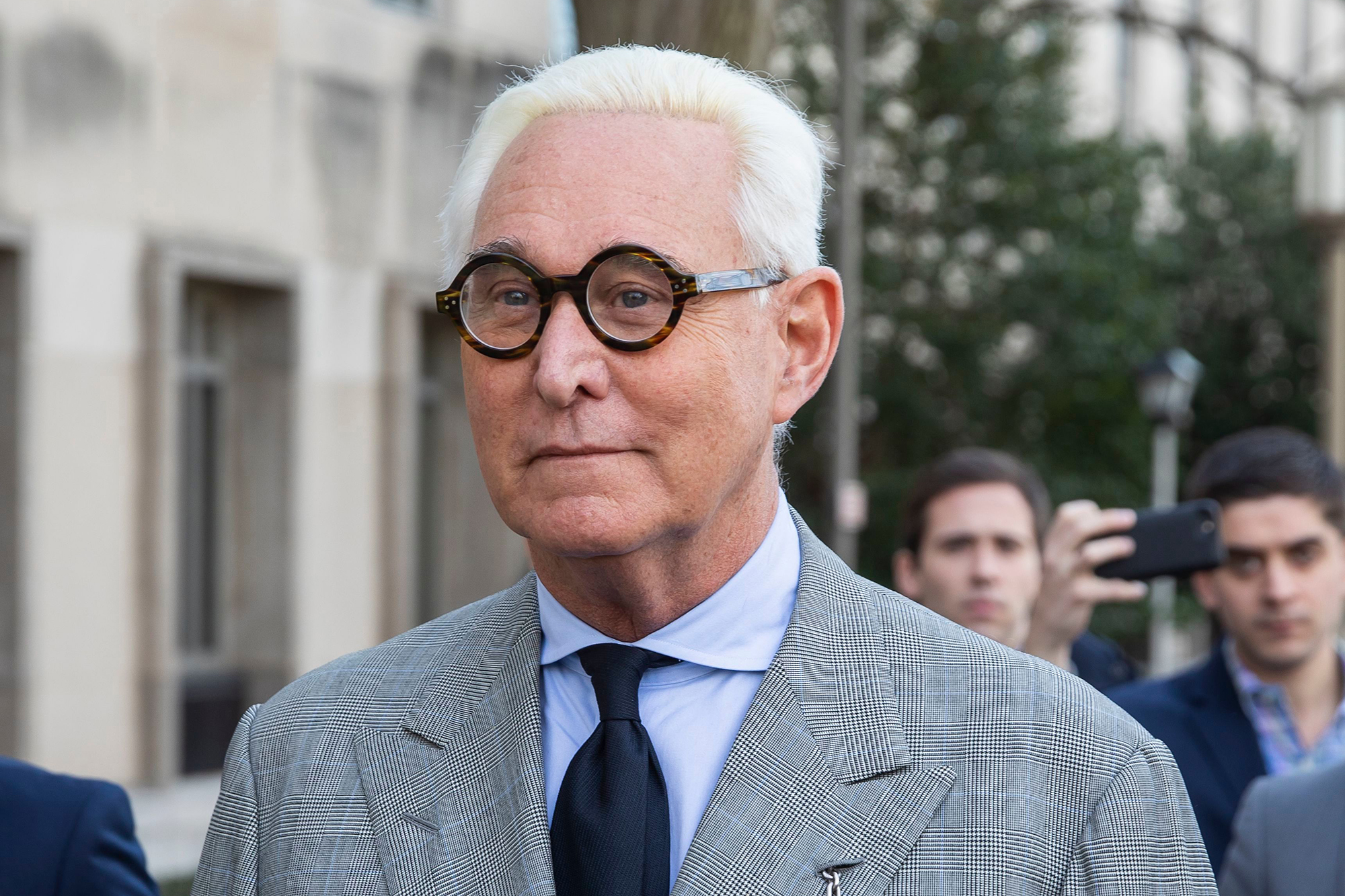 Roger Stone is not in jail right now, but he is under a gag order. That doesn’t mean anything, of course. Here he is, trying to get the media to chase its tail:

Roger Stone—a longtime political ally of President Trump who faces charges of obstruction, witness-tampering and false statements—reportedly posted an Instagram story on Sunday claiming former CIA director John Brennan needed to die for committing treason. “This psycho must be charged, tried, and convicted and hung for treason,” the now-deleted Instagram update read, which also featured a picture of Brennan. After Stone was indicted, Trump came to Stone's defense asking why Brennan—along with others—weren’t also charged with lying to Congress. Brennan served under Obama until January 2017, but later had his security clearance revoked after the White House claimed he lied to Congress about the intelligence community using the infamous Steele Dossier. Stone previously posted a photo on Instagram with a judge's face next to a rifle scope’s cross-hairs, which resulted in the judge threatening to jail him if he violated the gag order placed against him.

I guess Stone is so broke, risking jail makes sense. He gets three hots and a cot, and he gets to raise legal defense funds by pointing to his “unfair” incarceration. Good luck with that, jackass.

It doesn’t do any good, pointing out the absurdity of the Trumpian defense tactics at work here. They are straight out of the fascist play book. Accuse your enemy of doing what you’ve done. Use hyperbole every chance you get. Be outrageous and make grandiose claims every chance you get. Oh, and preen for the cameras and gum up the legal system with phony arguments and delaying tactics.

Our elites have failed to understand—and put an end to—the fact that today’s world favors the shitheel. The cracks in our discourse exist so that people like Stone can exploit them, knowing exactly how to make the media treat him like an equal of those he accused. In terms of professional accomplishment and credibility, are you going to tell me Stone is just as credible as an Obama era political appointee who has actually done the work of defending this country? Stone has done the work of a ratfucker and a sexual deviant, numerous times, and was often laughed out of the respectable halls of power, even when Republicans were in charge.

In 2019, a handful of horrible people have an outsized impact and influence over our national political discourse. Twenty years ago, every single one of them was a running joke. And yet, the situation has reversed itself. They have manipulated the way we are talking to one another to make themselves important. They should be hollering at empty rooms and sending single-spaced typewritten letters to the editor of the local Picayune. Instead, Twitter and Facebook and Instagram have given them a voice that is so out of proportion to the amount of real influence and power they should possess.

The shitheels run everything now. You can be a racist or a Nazi and there are media outlets that will kiss your ass for an unhinged opinion on anything. They command attention, they bring bothsiderisms to the forefront, and they think they are forever. Something has to happen to restructure how we lend credibility to different voices. Social media has failed, and no one has any answers.