America Has a Jeffrey Epstein Problem 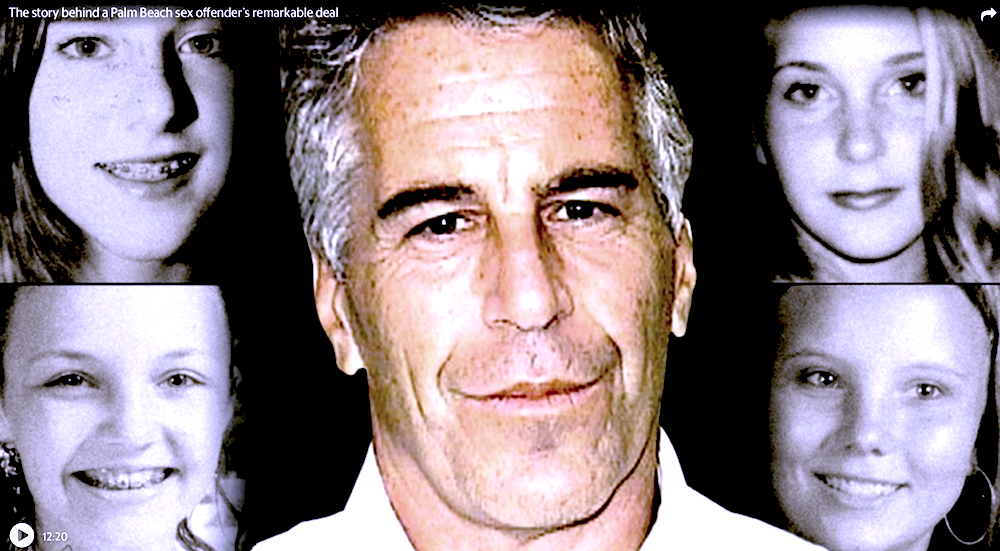 The Miami Herald often carries some of the best journalism in America, and the story of how prosecutors let Jeffrey Epstein off easy is required reading.

I came away with it the sense that we have to deal with the fact that Republicans and Democrats were friendly with Epstein, and that we can’t excuse anyone who used his services, his plane, and who may have abused the children who were caught up in this nightmare.

[…] a deal was struck — an extraordinary plea agreement that would conceal the full extent of Epstein’s crimes and the number of people involved.

Not only would Epstein serve just 13 months in the county jail, but the deal — called a non-prosecution agreement — essentially shut down an ongoing FBI probe into whether there were more victims and other powerful people who took part in Epstein’s sex crimes, according to a Miami Herald examination of thousands of emails, court documents and FBI records.

The pact required Epstein to plead guilty to two prostitution charges in state court. Epstein and four of his accomplices named in the agreement received immunity from all federal criminal charges. But even more unusual, the deal included wording that granted immunity to “any potential co-conspirators’’ who were also involved in Epstein’s crimes. These accomplices or participants were not identified in the agreement, leaving it open to interpretation whether it possibly referred to other influential people who were having sex with underage girls at Epstein’s various homes or on his plane.

As part of the arrangement, Acosta agreed, despite a federal law to the contrary, that the deal would be kept from the victims. As a result, the non-prosecution agreement was sealed until after it was approved by the judge, thereby averting any chance that the girls — or anyone else — might show up in court and try to derail it.

Epstein was savvy enough to compromise everyone who came into contact with him, regardless of their ideology. We have to contend with the fact that President Bill Clinton’s name is going to be brought up, again and again, in relation to this case. That will be used to drown out the fact that Donald Trump and Alan Dershowitz have been heavily implicated in Epstein’s crimes against minors.

“This was not a ‘he said, she said’ situation. This was 50-something ‘shes’ and one ‘he’ — and the ‘shes’ all basically told the same story,’’ said retired Palm Beach Police Chief Michael Reiter, who supervised the police probe.

More than a decade later, at a time when Olympic gymnasts and Hollywood actresses have become a catalyst for a cultural reckoning about sexual abuse, Epstein’s victims have all but been forgotten.

The women — now in their late 20s and early 30s — are still fighting for an elusive justice that even the passage of time has not made right.

No matter what, we need to believe these women.

I hope your new friends treat you right:

Appearing beside CPAC chairman Matt Schlapp, Jones discussed the sweeping criminal-justice-reform package passed in December, which aims to reduce mass incarceration and high recidivism rates by expanding the pool of inmates eligible to participate in early-release programs, among other policy changes.

Matt Schlapp is a Trump apologist and a flaming racist piece of shit. If Van Jones wants to make common cause with the unhinged far-right wing of the Trump Party, be my guest. He has reduced himself to an association with people who would love nothing more than to use him so they can demonstrate how tolerant they are of people of color in this country. The truth is, they want to use people like Jones to divide the left.

Van Jones is simply a convenient fool for the conservative movement, their very own useful idiot. He’s certainly not thinking of how he could be manipulated by people who want to ruin this country.