Russia Is the Safest Place For My Son 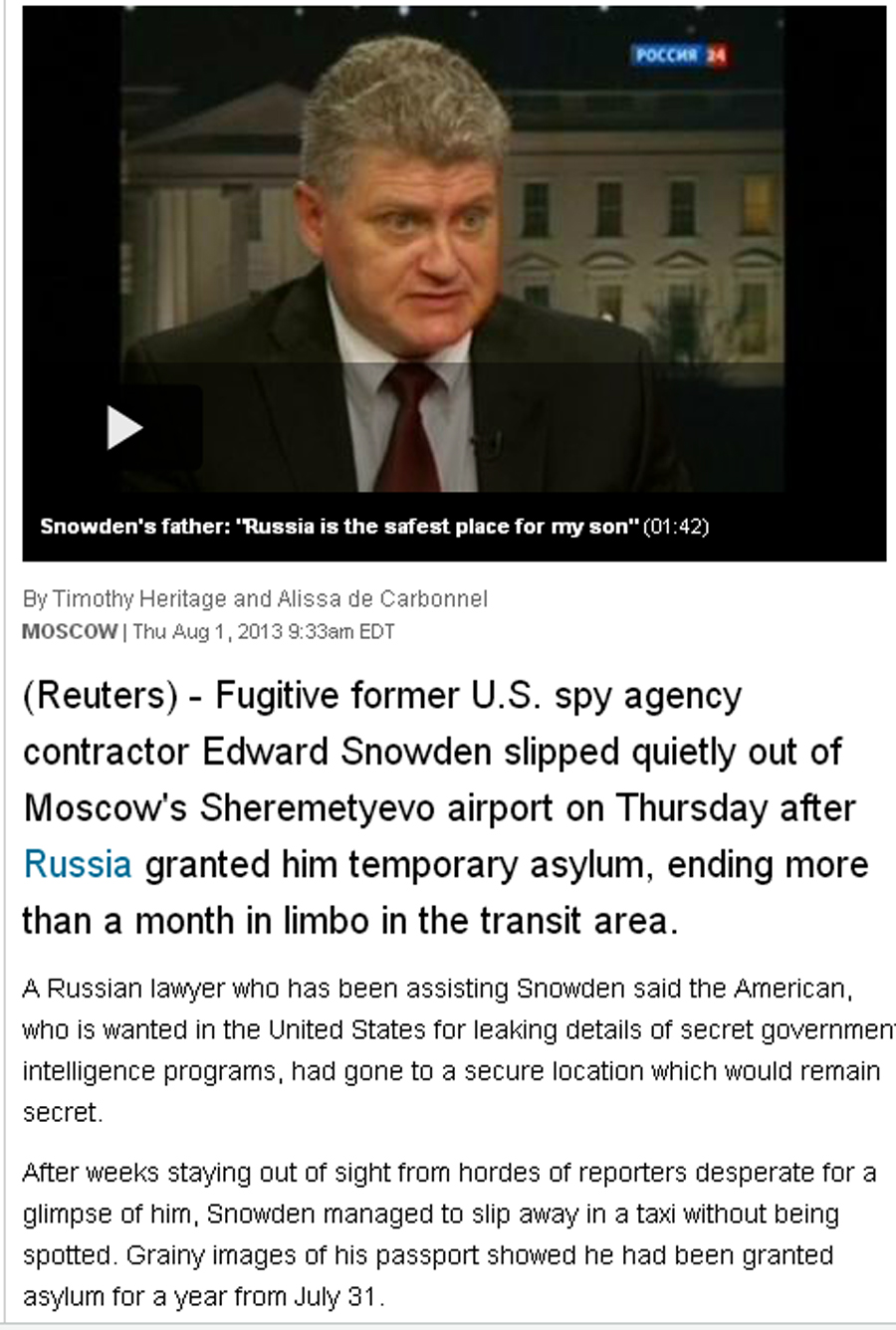 Edward Snowden has been delivered into the hands of the government of Vladimir Putin. If you think that they are not interested in him, think again. He is their best public relations victory in a decade or more.

The reason why Snowden's father thinks that his son is "safer" in Russia is because of one simple fact: Edward Snowden is not a journalist. If he was a journalist, he wouldn't be safe at all in Russia. He would be in danger of being beaten to death by thugs or worse. 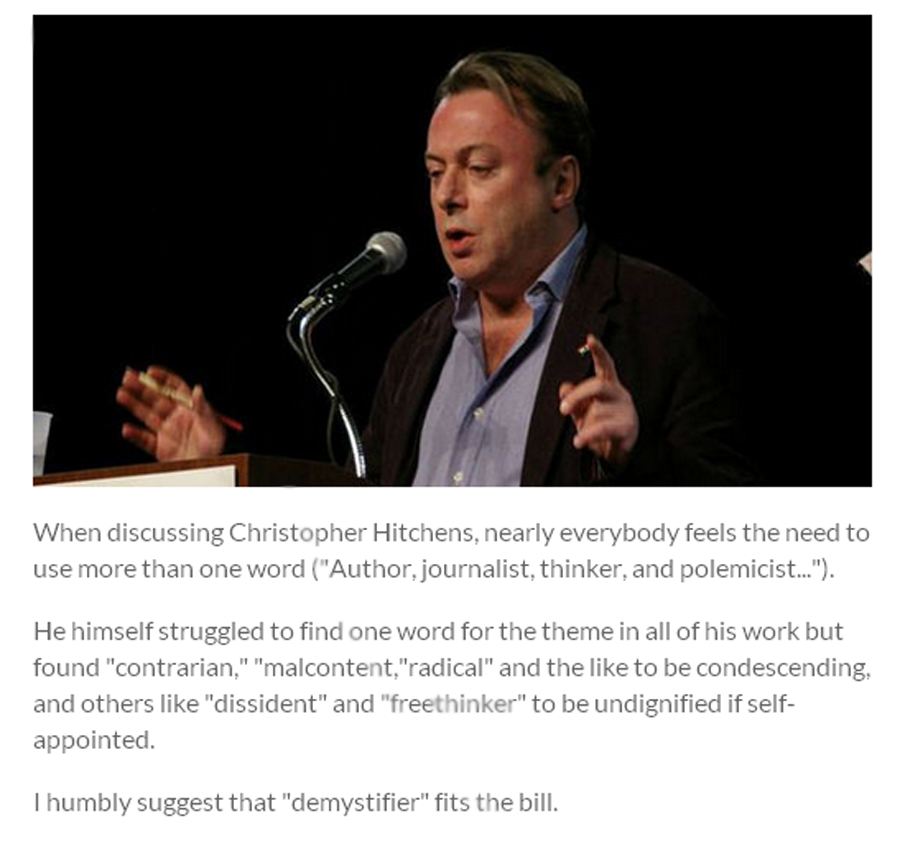 I humbly suggest that Christopher Hitchens isn't even worth remembering.

This is typical of the elite media outlets and of the so-called intellectuals who populate these sites. They want to make Hitchens some sort of lower-g god so they can reassure themselves that his life meant something. Hitchens squandered his talents, ruined his own health, hastened his own death, and sold his work to the highest bidder. He was a "liberal" who became a "conservative" precisely because that's what he was paid to do.

Earning a living is all well and good but don't gloss over the fact that the man had to abandon his principles and roll in the gutter by spewing yards and yards of copy about starting wars, killing innocents, and marginalizing dissenting voices. He was a genocide-loving apologist for neo-conservativism and he was no friend to the idea of humanism. He gave his pen over to the same horrible kinds of people who started the Vietnam War and couldn't see past the fact that radical Islam has been brought equal to communism so that we can maintain a permanent state of conflict and fear. The communists had nuclear weapons, fleets of planes, and armies numbering well into the millions. Radical Islam has had a few planes, a relative handful of bombs, and one dead man in a Pakistani compound. Where are their divisions? Why are we so afraid of squabbling incompetents?

Oh, that's right. Because men like Hitchens whipped up the frenzy and paid for it with the flesh and blood of others. I am a firm believer in the idea that if you want war that you had better be in uniform or fresh out of one. Military service and Christopher Hitchens? Please. the man served himself, early and often, and that made him a hero to lazy bums everywhere.

Dissidents typically elevate humanism; Hitchens made a mockery of human rights and respecting human life. He was a fraud and a charlatan.
on August 01, 2013 No comments: