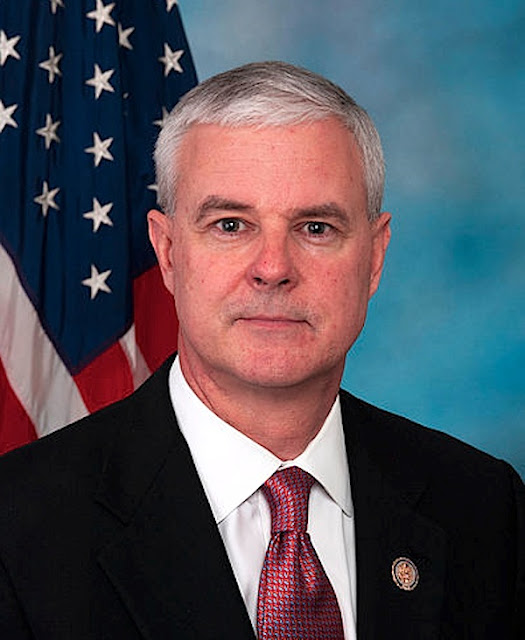 Meet one of America's worst Congressmen, Steve Womack (R-AK). Blue Arkansas tells us about how he deals with his constituents: 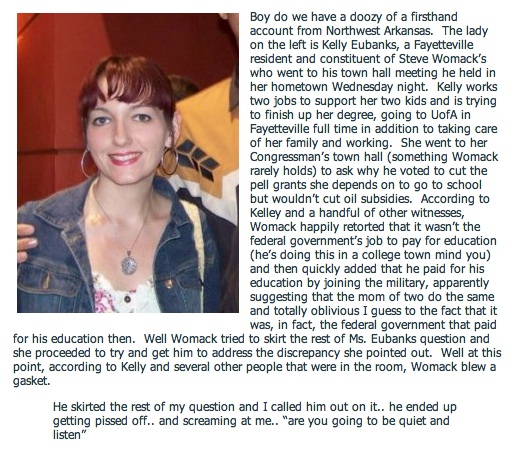 When forced to deal with the central conflict in the life of any anti-government Republican, Womack lost his shit in public. There's no other word for it--he lost his shit.

Womack attended college thanks to the National Guard. Service in the National Guard is a fantastic government program. It helps the military gain officers and it helps Americans pay for college. This is one of the best ways for our military to maintain a connection to the civilian world. And nothing strengthens a community more than an active, viable connection to its own National Guard members. So, kudos to Congressman Womack for having served.

Well, yes and no. Instead of being justifiably proud of his service, Womack became angry because Republicans are not supposed to get caught with that proverbial government teat in their mouth (yes, I'm going crude with this one). The unwashed masses who cannot get a good table at a restaurant on K Street are not supposed to point out that a government program helped a Republican; they are supposed swallow his bullshit raw and ignore the fact that he is where he is now solely because he used the National Guard to establish himself in American society after he failed to start his own intercontinental railroad and make a billion dollars.

Womack has probably built up in his mind a fantasy about pulling himself up by his bootstraps with no help from the gub-ment. And when that fantasy is shattered in public, well, that's him losing his shit in public. And his fumbling, bumbling aides were forced to try to silence the poor constituent who made the boss go off the deep end.

This is where America is really coming apart at the seams. There's nothing wrong with using the National Guard to earn a commission in the military and a college degree. This is the finest kind of service and the best kind of government program. It uses money to trade status and respectability to a citizen in exchange for meeting certain standards and serving in the National Guard. Every penny spent doing this well spent (and is repaid by producing a valuable member of society).

Representative Womack decided to drop his pants and crap on that idea. Good for him. It will make voters a little more savvy about his inherent personal contradictions and unresolved conflicts.

SPECIAL BONUS FEATURE: This video captures the emotions of the young lady who was yelled at:

Statistics That No Republican Would Believe 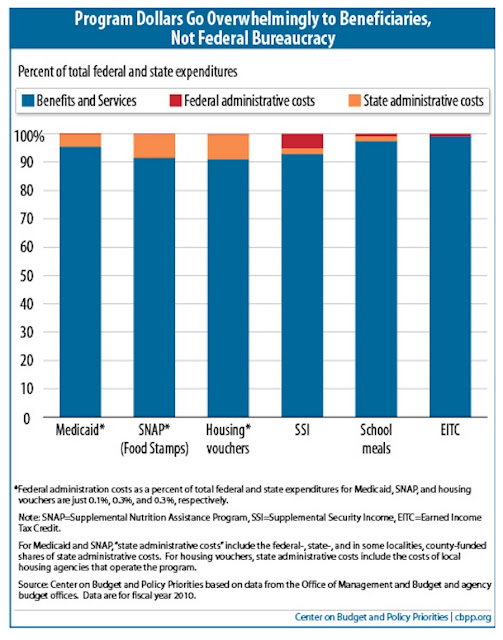 If you tried to explain to the American people that their tax dollars are NOT being wasted when they go to help people in need, how many of them would actually believe you?

Jared Bernstein calls out Mitt Romney on his outrageous lies. Watch for Romney's people to start working the refs. It is "unfair" to expect a Republican to tell the truth about anything, ever, when it gets in the way of their Galtian ideology.
on January 14, 2012 No comments: