Someone Needs a Technical Writer and an Editor With Geography Skills 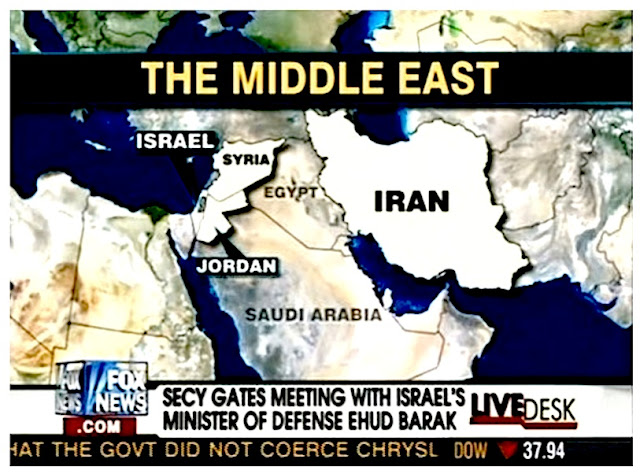 I am not humble about my own geography skills. In elementary school, I complained about a map of Europe that did not have Luxembourg on it. Of course, I got in trouble. Being smart doesn't always pay off, but I wasn't smart. I wasn't exceptional. I was pretty ordinary.

Anyone can catch a mistake. That's why two sets of eyes are always preferable to one set of eyes.

You haven't caught it yet?


hint: Egypt is identified on the map as being where Iraq should be.
on January 29, 2011 No comments:

The Tea Party Plan to Abandon Our Veterans

How is it that the Tea Party can get away with abandoning America's veterans?

If you look at these proposals, you will see a number of things that I agree with. Spending must be cut. But spending on Veterans needs to be increased, not capped or decreased:

Bachmann would replace farm subsidies with farmer savings accounts, eliminate or dramatically scale back the Department of Education (save $29 billion or $31 billion) and slash programs at the Department of Justice ($7.8 billion).

Who is going to sign on for those cuts? Who is going to say, "yes, let's cap Veterans Affairs health care spending" and escape derision for that terrible proposal?
The last time I checked, we were still creating more Veterans, not fewer. We have thousands and thousands of Veterans being discharged from the military every month and they have specific needs that, more often than not, center around health care and rehabilitation as well as counseling and other forms of medical assistance. I would think that cutting the fluff to pay for MORE Veterans spending would be the way to entice support.
In my not too humble opinion, these Tea Party activists are anything but Republicans. I know who and what a Republican is. I've been one all of my life. Nothing makes me angrier than to see the name of Ronald Reagan taken in vain by someone who has no idea what the man was about. Right now in America, we are NOT taking care of hundreds of thousands of men and women who DID NOT go to war against some other nation in the 1980s; that's because Ronald Reagan kept us out of as many shooting wars as possible, thus, he did NOT create a massive population of Veterans that would still be consuming vast amounts of our nation's resources.
Think about that--we are benefiting from a kind of peace dividend because Ronald Reagan kept us out of a major shooting war. That's what we need to pursue, and we need to pursue it right now. Every single day, we are creating Veterans that will require care ten, twenty, thirty, and forty or more years from now. If we cap spending on today's Veterans, their health needs will worsen and we'll need to spend MORE on their needs years from now.
Republicans take care of Veterans. I think these Tea Party people are just troublemakers who are out to make themselves a buck. It's one thing to disagree with your opponents in the political arena; it's entirely another to do so without any conviction whatsoever in order to raise money. The Tea Party is about raising money for personal capital and personal wealth. There is no "party" there, in terms of a shared, common goal of advancing a political agenda. There is, however, a fantastic means of raising money.
And therein lies my problem. This woman, Bachmann, has no compunction about capping what we spend to take care of Veterans as she raises money to run for the Presidency. More power to her. Unfortunately, she is too easy to see through.