The Speed of Change 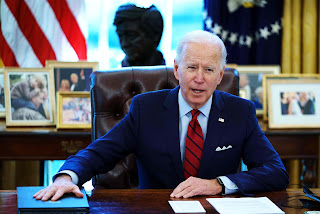 If you're mad at President Joe Biden because he hasn't made everything happen all at once, I feel for you right now. It probably looks like he is stuck in low gear, trying to get on the freeway.

Change and the United States Government are diametrically opposed and foreign to one another. You cannot change the government just to fit what you want it to be. You have to understand that the president is not a reality show carnival barker who can just do whatever he wants whether or not it is legal. We have seen four years of unboxed powermad tyrant insanity and now we're not sure how to approach a month of calm, steady leadership.

Biden was not going to come in and change everything all at once but he has done the work to ease the strain on the Executive Branch as a whole. Simply by nominating capable people who have been confirmed by the Senate, he has done more than Trump did in the last two years of his failed presidency. The Senate slow-walked the nomination of Merrick Garland specifically because they are terrified of a Justice Department inquiry into what's been going on with regards to foreign donations to Republican politicians and all the other criminality we've seen.

Establishing the right people to lead all of the Federal agencies means that the leadership provided will work its way through the system. You may not realize it now, but it takes months and months just to reassure the workforce that there is a way forward. None of these agencies have had that for four years, not even when James Mattis was at Defense and certainly not when cabinet secretaries were being replaced with the fourth person in line in violation of the law.

Telling people to be patient invites abuse. I get that. But really, as slow as the government really is, we do have to be patient and remember that Biden is not going to screw up and break the law and invite the Trump-saturated judiciary into the fold in order to spike the punch bowl and shit all over the place.

A President Who Reads Things 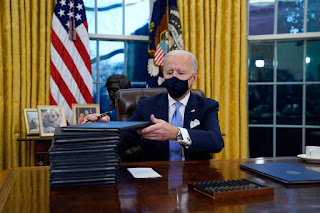 It is incredibly UNFAIR that President Joe Biden actually reads things and processes information like a normal human being. This is destroying any chance of Trump being elected in 2024, or so I am told:

He's [referring to Biden] shown more willingness to answer shouted questions than Obama was, weighing in on his predecessor's impeachment trial even as the White House insisted he was focused on other things.

The President's Daily Brief, a highly classified update on the country's top intelligence, is back to a daily occurrence after happening only sporadically under Trump. Joined in the Oval Office by Vice President Kamala Harris -- who has used an iPad to receive the briefing, like Obama -- Biden is run through the update by a range of intelligence professionals.

He has expressed a preference for a fire built in the Oval Office fireplace, and sometimes adds a log himself to keep it going. His dogs, two German Shepherds called Major and Champ, sometimes join him.

President Biden should stop and think about how this makes Trump look like an insane bag of screaming meat. And then he should go on doing whatever it is that a normal president does because that is certainly calming me down. I don't know about you, but I'll take more of this, please.
And, yes, you would not be wrong for imagining a scenario where President Obama or any other Democratic president would have been impeached and driven from office simply by ignoring the PDB. The standards applied to Democrats are easy to see--they have to be perfect, they have to have everything go right for them, and they have to govern responsibly and be on top of everything briefed to them.
A Republican president simply has to be white, have something of a pulse, and he can howl and scream and shit himself in public and it's your fault for thinking that's wrong.
on February 15, 2021 No comments: 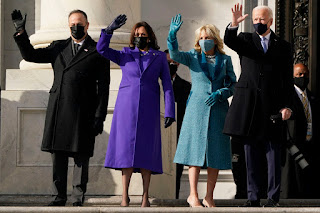 Normalcy returns, and I'm fine with that.