Minnesota Has a Billion Dollar Surplus 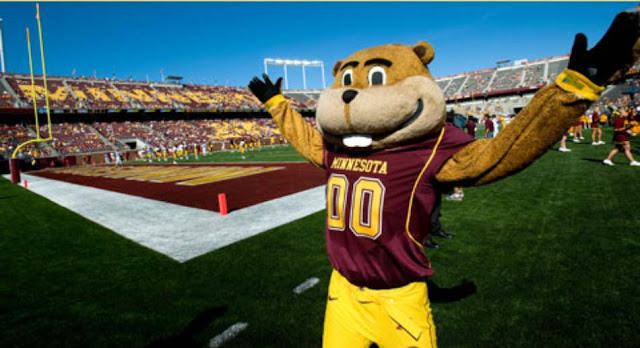 In other words, how are things in Wisconsin?


Political gridlock might have paid off for a change in Minnesota.

Finance officials are releasing a highly anticipated economic forecast today, which will tell lawmakers how much money has piled up in state coffers and how much more is expected to materialize from tax collections in coming months.

The forced thriftiness combined with stronger-than-expected tax collections should mean a projected budget surplus well above $1 billion, though lawmakers won’t be able to touch all of it.

I remember when Minnesota had one of these big surpluses.

The genius elected governor at the time was Jesse Ventura and he basically just gave the money back to the taxpayers. That's always popular. It didn't translate into much because Ventura left office as soon as he could. Once his reign of error was over, conservative Republican Tim Pawlenty turned the state into a budgetary basket case and damned near turned everything to a Kansas shade of pale. At one point, Minnesota was over six billion dollars in the red and per capita incomes were dropping.

This set the stage for a socialist takeover of the People's Republic of Minnesota. Mark Dayton abandoned the United States Senate and ran for governor. He won, and doom was forecast all around.

Today, the state has a billion dollar surplus. In almost every economic indicator that matters, the state of Minnesota is kicking the ass of Wisconsin like a mule putting a bent-over drunk through a plate glass window. It's more sad than anything, and I really shouldn't gloat, but, umm, fuck you Wisconsin. You go to war with the governor you have, not the one who turns your state into a national laughingstock.

The next time someone says, "raising taxes doesn't work," point to the overwhelming success of the State of Minnesota and laugh in their face. Dayton pushed a $2 billion dollar tax increase, and the sky did not fall. He funded education and the world did not come to an end. He applied tax and spend liberalism to the problems left to him by a wingnut governor, and the problems went the fuck away.
on December 03, 2015 No comments: