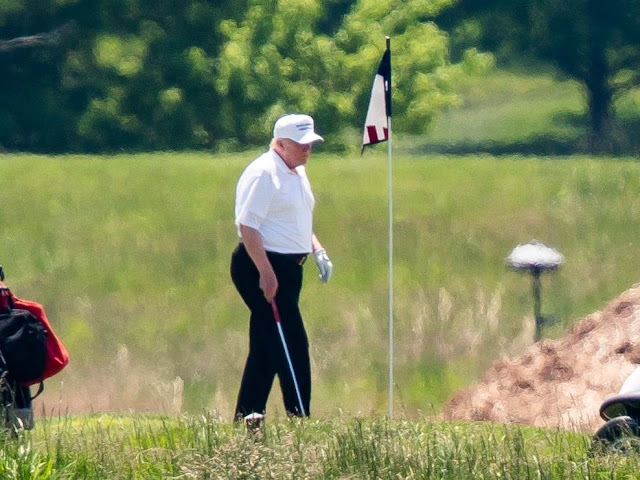 Because you and tens of thousands of dead Americans don't matter, Trump is on his way to his personal golf club in Sterling, Virginia:

These are the actions of a man who knows that the fix is in. He's not concerned with trying to win re-election. He doesn't care about the economy or COVID-19 or any of the other problems facing this country. He simply doesn't give a shit if people are dying. He can't hold rallies, so his attitude now is "fuck it." If this isn't a pretty clear sign that Russia and a host of other outside elements are going to intervene on his behalf and steal the election, I don't know what is. Yesterday, the Speaker of the House had to shame a government official into admitting that the Russians are already well into the process of interfering in this election.

What's it going to take to wake people up?

Trump has always acted like the election was a nuisance rather than a necessity. Four years ago, he was busy trying to win the 2016 election by doing things like this: 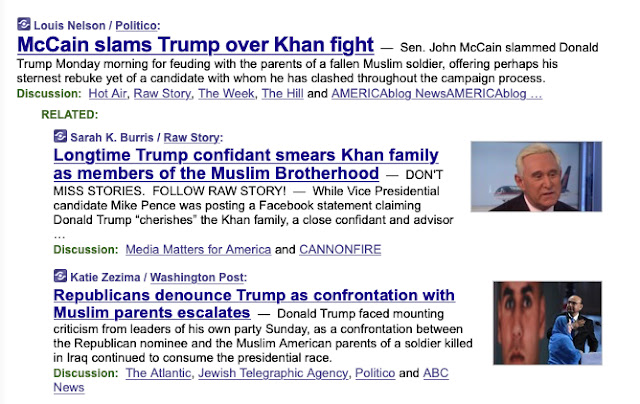 You can see how far we've fallen as a country. This is the man that got elected. A man who would attack the family of a soldier killed in the global war on terrorism, a man who specifically went after a Gold Star mother because he knew he could attack her because she practiced a faith that wasn't Christian. And millions of Americans endorsed his comments and turned on the late Senator John McCain for daring to speak up on behalf of decency.

This is where we are, four years later. We're a country that is collapsing but, don't worry. Trump's golf game is what matters to him. Millions of Americans are perfectly fine with this even as many of them are literally dropping dead.

Perhaps we should stop worrying about who gets the nod for Vice President and go about the serious business of electing Joe Biden. Nothing else matters.
on August 01, 2020 No comments:

Trump is Appeasing His Russian Master 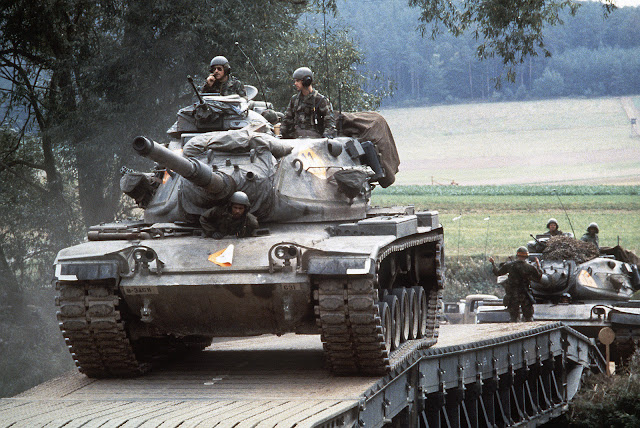 Each and every action reveals that Vladimir Putin owns Trump lock, stock and barrel:


The US is moving forward with President Donald Trump's plan to withdraw nearly 12,000 troops from Germany, a decision that has attracted bipartisan congressional oppositionand roiled key allies who see the move as a blow to NATO.

Secretary of Defense Mark Esper acknowledged the plan will cost billions to execute when he formally announced the decision on Wednesday from the Pentagon. US defense officials said it will take years to relocate the troops.

The plan to pull US troops from the long-time NATO ally has been met with broad bipartisan opposition amid concerns that it will weaken the US military's position vis a vis Russia, however the Trump Administration has decided to proceed with the move.

Trump defended the decision Wednesday, saying the troop drawdown was taking place because Berlin was not spending the NATO target of 2% of its GDP on defense and because Germany was taking "advantage" of the US.

I guess we will now shrug our shoulders and go back to being distracted by America's descent into confusion and civil unrest. If you have ever paid attention to American foreign policy, you can see that this is part and parcel of an overarching move to withdraw the United States from the defense of Europe and abandon our NATO allies to whatever Putin wants to do to them. I am guessing that, once these troops are gone, Putin will move to expand his hold on Eastern Ukraine and make more overtures about invading the Baltic countries. He might actually unleash his troops in order to consolidate the old Russian empire.

There's no way Trump would move to stop him and no one in the GOP is even remotely capable of standing up to him over this withdrawal. None of this makes sense. We hardly have any troops in Europe right now anyway. What few that are there are an invaluable resource for training and coordination with the NATO countries that want to work with us. And, speaking from experience, being able to live in Europe as a dependent or as part of the NATO mission is good for America as a whole. The more people who know what it's like to keep things stable the better.

You can be rest assured that the media will continue to treat GOP Senators like wise old foreign policy sages when Trump is gone. None of them have any credibility anymore. They are just sad old whores, ready to give up. They were never invested in the idea of America. All they worship is political power and all they want is cash.

Trump is going to sell everything off as quickly as possible and destroy whatever he can before he is thrown out of office. This is just part of the fire sale to his Russian business partners.

This is an example of how short-sighted and crazy this move really is and it speaks to the belief that this was done on the fly and without any planning whatsoever:

One of the two battalions from the 173d in Germany in the Artillery Battalion...it was specifically placed there because THERE IS NO PLACE TO FIRE IN ITALY! THEY HAVE NO RANGES.
— Mark Hertling (@MarkHertling) July 29, 2020