This is How Trump Destroys America 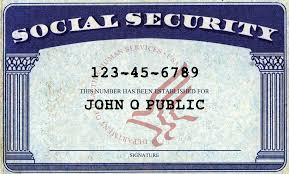 Making sure that old people starve to death and live in abject poverty is just one of those added features of having Trump as your president:


his executive action suspending collection of payroll taxes hands the Democrats the kind of issue that can sink a candidacy. It is nothing less than a declaration of war on Social Security and Medicare. The payroll tax funds those two vital and beloved programs. When you suspend collection of the revenue that funds those two programs, you endanger their viability. Say it with me, Democrats: Donald Trump wants to gut Medicare and Social Security.

The Center for American Progress jumped on this like a duck on a June bug. Even before Trump announced his executive order and three memorandums on Saturday, CAP was out with a memo slamming the President. CAP says that if his scheme works it "would divert hundreds of billions from Social Security and Medicare." Every Democrat should repeat that.


Trump is an impulsive, impetuous man; that we know. But on the issue of cutting Social Security and Medicare, this is not his first attempt. His 2021 and 2020 budgets each proposed deep and painful cuts in Social Security and Medicare. How deep? How painful? $2 trillion over ten years, according to the Wall Street Journal. What a coincidence: that's about how much Trump's 2017 tax cut for corporate America cost. According to the nonpartisan Congressional Budget Office, Trump's corporate tax cut has a price tag of $1.9 trillion.

Normally, I would not link to a Paul Begala op-ed piece, but this is the essential point that has to be made--Trump is handing the Democrats an election year issue that would destroy any other candidate in mere minutes. In the Trump era, it means we get to hear "both sides" of the issue and someone will likely blame President Obama for not already destroying Social Security when he had the chance (whatever that means).

In any other era of American politics, calling for the end of Social Security and Medicare would put you on the ash heap of history along with all the other nutjobs who ran dead last in the cranks-only primary. With Trump, you get to see what colossal stupidity looks like when the elite media takes it seriously.

Democrats should start running ads immediately. Trump plainly says he wants to end the payroll tax that funds these critical programs, and that's tantamount to making this a third world country where people die of fear and neglect. I am hoping they pick up the football and run with it. I suspect they'll just pretend to be concerned and write a sternly-worded letter that will go right into the circular filing cabinet.
on August 10, 2020 No comments:

Years ago, a delusional nut job named Dana Loesch was trying to get herself a new line of work.

Loesch has fast gained notoriety as the NRA spokeswoman representing the organization amid intense backlash after the Parkland school shooting last week. Her newfound fame must have triggered a memory for “NCIS: New Orleans” and “The Librarians” producer Paul Guyot, who tweeted about a sitcom idea he says Loesch pitched him several years ago.
“Dana Loesch came to me 10yrs ago pitching a sitcom starring herself: ‘A hot young mom who does far right radio show,'” Guyot wrote Wednesday, the night of Loesch’s much-talked about appearance at a CNN Town Hall on gun control. “Said her age & looks would make 1 side hate her & 1 love her so everyone would watch. Was obsessed w the potential fame & money. I turned her down.”

I just don't think it's going to happen now that the State of New York has decided to turn the NRA into a pile of dust. If Trump gets re-elected, maybe the networks will come calling.
on August 07, 2020 No comments: