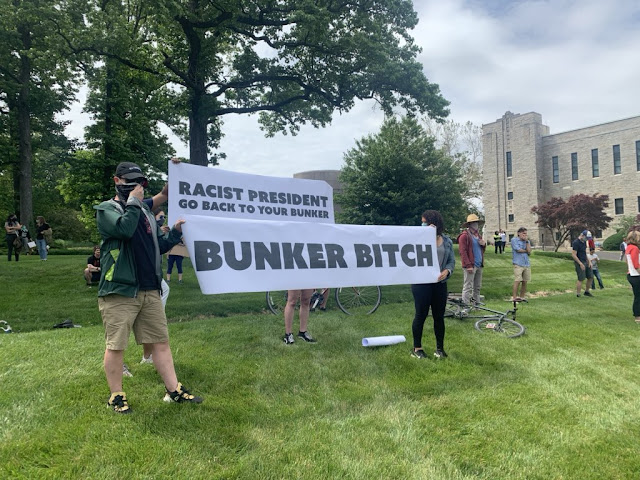 This is one hell of a campaign sign. I expect to see it displayed prominently for the next few months. 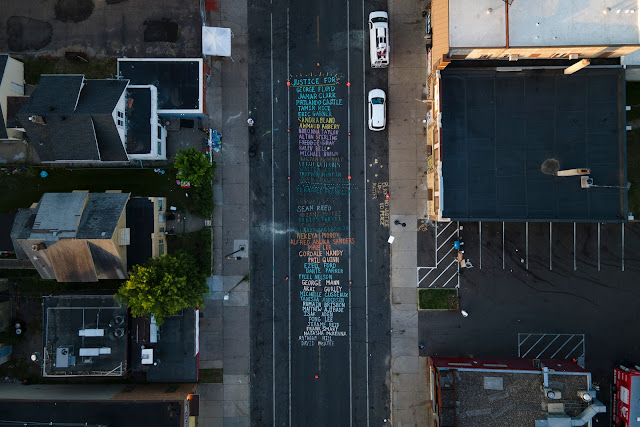 A simple, powerful statement that encapsulates everything that really matters right now.

Email ThisBlogThis!Share to TwitterShare to FacebookShare to Pinterest
Labels: Justice 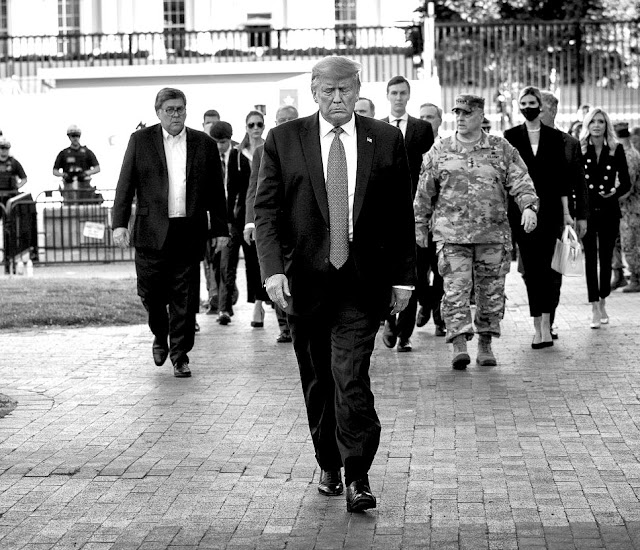 So, what happened today?

These doughy, overly serious looking men are flanked by blonde women and tough guy security forces. You can see a little diversity creeping in, but barely. They have hapless General Mark Milley in his Battle Dress Uniform because having him out there in his Class A uniform would be considered too weak, of course. If General Milley had a shred of dignity or pride, he would have resigned months ago. For him to participate in a Trump campaign photo op is embarrassing.

You're witnessing the creation of a myth.

The myth is that he is a strong man. No, he's a #BunkerBitch, a man who cowers in fear when Americans gather around him to protest.

The myth is that he is there to protect his blonde young women. Nothing could be more ridiculous. It's another dog whistle that he's blowing to his racist followers -- look at me and my property.

Here's the wide angle shot, staged with the same slapdash urgency of a White House that couldn't organize a one car parade. 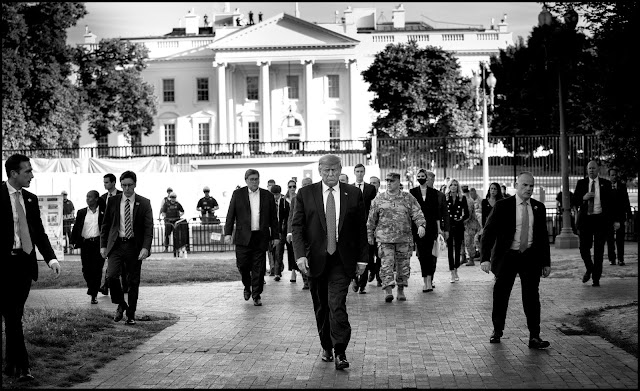 Looks like a future perp walk to me. We will need a modern-day equivalent of the Nuremberg Trials when we reach the point where we can reckon with all of the damage these people have done to our country.

Here's the reality of today's dog and pony show. 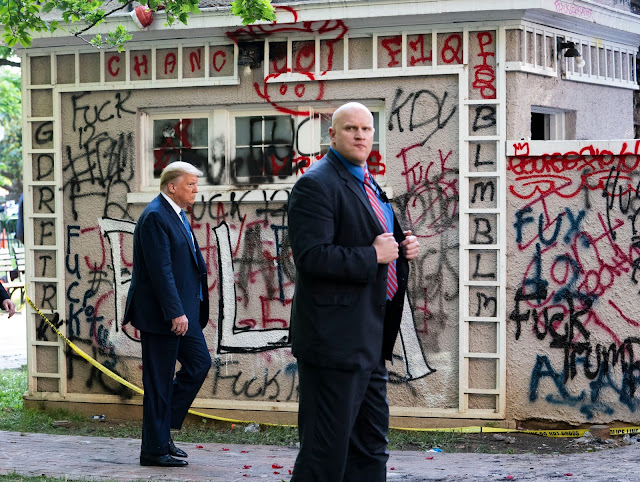 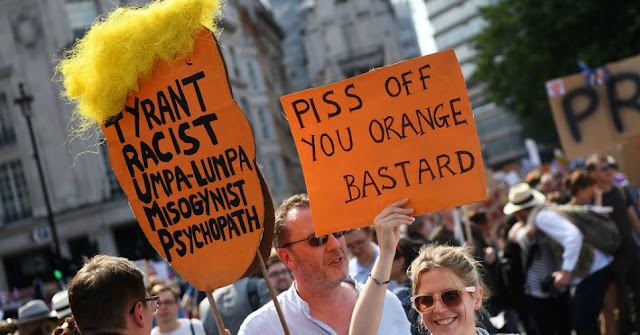 Buried in today's "transcript" or "retelling" of the call that Trump had today with the nation's governors is a plea from the governor of Maine to stay the hell away because he is a toxic stew of boiling shit:

I really thought this was going to be about Trump making demands for a cash payment or something along those lines. We know that he likes to wet his beak and we know that he uses his visits to enrich himself. Not sure what going to Maine gets him because he's going to be blown out there like any other Northeastern state. If Trump's campaign thinks they have to fight for one or two of Maine's electoral votes, then they're already on the path to being beaten this fall.

But what was buried in the call was Trump talking about himself in the third person and asserting that the people "like their president."

The hell they do.

This week should have been a stark reminder that Trump is a divisive, unpopular figure who is not wanted anywhere. For a while there, he couldn't show up at major sporting events because he was so universally reviled. And now he believes he is popular in places like Maine where Senator Susan Collins is getting beaten in the polls?

Someone is feeding Trump a huge lump of bullshit every minute of every day and it's just sad that at this point that he feels the need to tell people that the people like him.

Read the room, asshole. They don't even want you when you're hiding in your bunker.