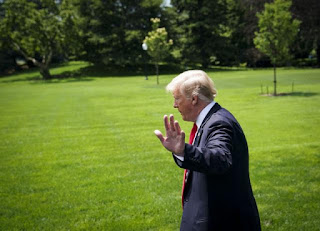 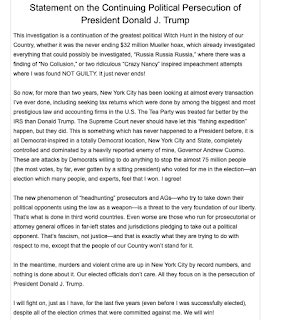 A seriously deluded ex-president is forced to confront the reality of having to live at Mar-a-Lago and deal with the fact that he is completely irrelevant. He has no friends, no lawyers, no money, and nobody likes him. He has a few hundred incompetent Republican politicians who still fear him, so maybe that's enough? I have no idea.

Trump is so far removed from relevance that I had to debate whether to even laugh at his latest "statement." It is so full of damaging material. He still imagines that he is president. He still believes he "won" the election. He thinks people investigating his blatant criminality are on a "witch hunt." The only thing sustaining him is the fact that media companies cannot figure out how to generate ratings when the current president, Joe Biden, is competent and reasonable. They don't know what to do when the president is not a shrieking narcissist who can't stop putting his foot in his mouth and doing illegal shit.

America is going through a cleaning and a withdrawal from the madness of the last five years. Here you have a toddler, not a man, pounding an old bag of sand and whining about how things aren't fair. He didn't win anything. He and his party where thrown out of power. Where are the crybaby emojis and where are the people who are supposed to mock an American politician who can't get what he wants?

This is how you're supposed to do it: 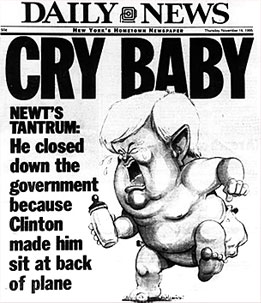 More of this, please.