The Lincoln Project Conned a Lot of People 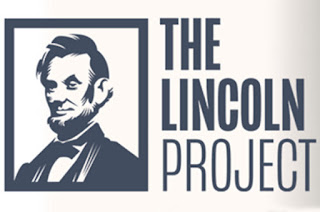 You could call it a shit show and you wouldn't be exaggerating at all:

The Lincoln Project’s fundraising page has been shut down, following a wave of scandals which continue to engulf the organization.

The donation page on the Lincoln Project website has listed as inactive since Saturday after a number of its founders resigned amid reports of sexual misconduct and misappropriation of funds.

The anti-Trump PAC consisted of a group of Republican strategists working to unseat former President Donald Trump, after criticizing him in media appearances throughout his term.

But the group imploded last month when multiple young men went public with allegations of sexual harassment against co-founder John Weaver, which other members of the group reportedly ignored.

I'm not linking to that article at the New York Post specifically because it is part of Rupert Murdoch's trash media empire. But what it does say is that these Republican strategists worked to "unseat" Trump even though they really didn't. We need to dispense with the notion that Republicans working to defeat a specific Republican is anything to embrace in these modern times. When Trump fades from memory, all of these people will go back to trying to establish themselves as the legitimate heirs of some weird Reaganesque mantle.
What they are really interested in is having a say in how Democrats govern this country. They should be ignored. You should not hold any of them up as allies or heroes and, for God's sake, don't give them any of your money. People like this knew that there would be a market niche for anti-Trump donations from unsophisticated middle-of-the-road Americans. They appealed to them and wooed them and shook them down for cash in much the same way that Trump did when he lost in November 2020.
It was all a grift. It will always be a grift. The grift never stops. Support real Democrats and real democracy. Reject the lies and definitely do not think, for one minute, that any of these people were ever on the side of decency. They were in it for the money, man.
on February 15, 2021