Joe Biden is Trying to Save as Many Americans As Possible 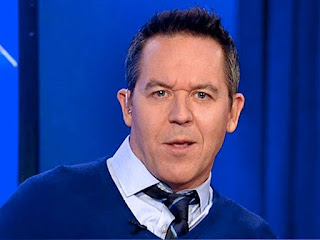 There's an obvious difference between Donald Trump and Joe Biden. Donald Trump is the cheerleader. Right? Let's get this thing done, it's the primary reason why we got the vaccine so fast is because he said we're going to do it, and we can get it done, and this is how we are going to do it, we're all going to band together, isn't this gonna be great? You can criticize him being an optimist, and being -- the power of persuasion wasn't enough.

But then you look at Biden, and it's the angel of death, it's the exact opposite. And it makes you realize that Joe really did lie a lot during the campaign. I mean, he said a lot of -- he said a lot of big doozies, but he said if you voted for him he'd get the pandemic under control and now, you know, he's saying, well, there's nothing we can do to change the pandemic in the coming months, and, in fact, it's going to get a lot worse.

And it, you know what, just so you know, don't get mad at me because it's going to get really difficult, and there's going to be a lot of things that can go wrong, so just be patient.

So, basically what he's asking from America is the kind of understanding that he refused to give to Trump or his supporters.

This is the message of Fox News.
This is what they want people to think.
Greg Gutfeld isn't even smart enough to come up with this on his own. He's speaking for the marketing minds of Fox News and Rupert Murdoch himself. They are doubling down on the short attention span of the American television viewer (what few they can still grab) and they're putting out this cheeseball nonsense, thinking that's going to win back the small crowd that is now feverishly waiting for the shitty ads on OANN or NewsMax to stop repeating themselves.
I mean, come on. The Fox News demographic sure took a hit this past year. Not wearing a mask, going to the buffet, and voting for Trump sure killed a lot of them, the poor dears.
Joe Biden is actually going to save a lot of the ones that are left and get no credit for doing so. But the minds running the flagship news station of America's death cult, the party of Trump, the America First wing of the GOP, well, they're all in on Gutfeld's brand of dickish contrarian. They want to change the way people view what has just gone on in this country for the last year. Fox News wants people to think that the Democrats are letting people die and that the Democrats are responsible for the massive death toll from COVID-19. They are certainly not going to tell people the truth. They're not going to explain that the last president, a Republican, let hundreds and hundreds of thousands of people die because he couldn't be bothered to show up and do his job.

No, they want to start convincing their dwindling, aging, terrified, and ignorant viewers that this is all Biden's fault.