These Were Never Good People to Begin With 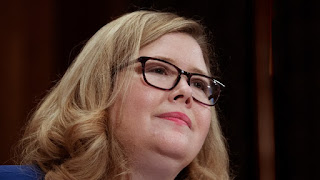 As of this writing, Anne Applebaum's article has largely been overtaken by events. It raises a good point though:

I don’t know for certain that Emily Murphy gets up in the morning, looks in the mirror and says to herself, “You are a good person.” But I am willing to bet that she does. Most people in her position—most people who are undermining the rules of their group, destroying their institution, harming their society—are doing so because they have become convinced that they are good people, virtuous people, brave people, dedicated people. Nothing suggests that Murphy is an exception.

Murphy is the head of the General Services Administration, the unglamorous bit of the federal government that actually runs the federal government. Part of her job—a part that no one has ever before considered controversial or even noteworthy—is to “ascertain” who has won the U.S. presidential election, and then to release the congressionally mandated funds that allow the winner to begin his transition. Usually, that process also unlocks cooperation between incoming and outgoing officials. Before leaving office in 2017, aides to Barack Obama had prepared elaborate explanations of the state of the world, including a 69-page playbook for how to manage a pandemic. They handed the documents over to Donald Trump’s transition team, which ignored them.

Murphy has now relented and has signed off on the release of funds that will allow the incoming Biden Administration to replace the outgoing Trump Regime.

The question as to whether or not Murphy believes herself to be a good person is ridiculous. She knows what she is. She knows what kind of person Trump is. The choice to work for him is a moral decision made by someone who has no grasp of what morality even looks like.

Murphy works for Trump after he put babies in cages, stripped children from arms of their parents, sent them on days-long bus rides to God knows where, and promptly lost the ability to establish a chain of custody between mothers, fathers, and kids. This is but one of a multitude of criminal, negligent, and arbitrarily cruel actions that have been undertaken precisely because there were people like Murphy who--knowing full well who Trump is--made a decision to carry out his orders to the letter in order to maximize the intolerable viciousness of the modern Republican form of Federalism. Murphy is the personification of this unspeakable crime because she did not resign in protest of the policy. It does not matter that the General Services Administration likely had nothing to do with the policy per se. It does matter that someone would continue working for the Trump Regime long after it became a fact that parents were separated from their children.

When you embrace evil, you are fucking evil, and you will pay for your crimes against humanity. All of them will pay. They will pay with their reputations and with their freedom. This is only if we have the stomach to learn from this mistake and prevent it from ever happening again.

If we don't punish these people, they will be back to do it again. God help us if we let that happen.