The Threat is Real 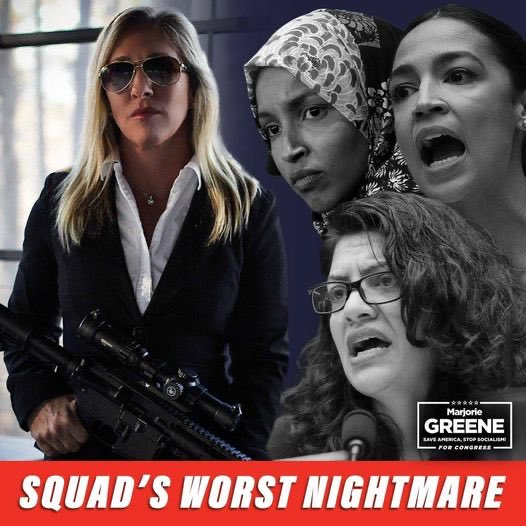 Look what the crazy QAnon lady from Georgia did now.


Marjorie Taylor Greene, the House candidate and professed QAnon acolyte whom President Trump called “a future Republican star,” posted a photo of herself holding a gun she plans to raffle off, saying she wanted to go on the “offense” against the three Congresswomen known as “The Squad”— and her campaign said anyone who takes offense is “paranoid and ridiculous.”

Aviator sunglasses? Why, doesn't Joe Biden wear those? Clearly, Miss Greene is signalling to the faithful that she's a bag of nuts.

And, remember. The GOP caucus knew everything about her in June. They knew she was racist and that she was human garbage. She's still on the ticket and they're not going to do a damned thing about her. The people that voted for her in the primary knew who she was. They did not mind a bit.
on September 04, 2020