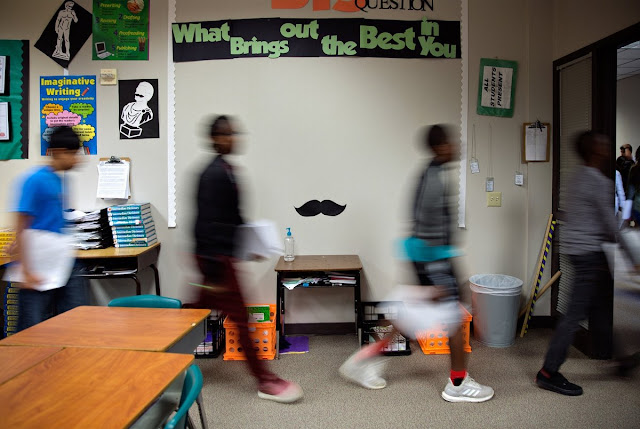 The political fortunes of the Republican Party in Texas are beginning to collapse. People are dying, the economy is coming apart, and voters are starting to realize that the GOP doesn't care if they live or die. What better way to distract everyone than by creating an opportunity to milk some phony outrage?

Educators are struggling to explain what's happening in American society. It is inevitable that, if they present material that is critical of police tactics, they run the risk of being criticized harshly.

The infallibility of the police and putting them above reproach is a recurrent theme in politics and media. We elevate certain institutions to a level where they cannot be criticized when they do things that are abhorrent, and they know how to manipulate public opinion.

In Texas, the governor is actively calling for a teacher to be fired for doing their job and showing this political cartoon to students. 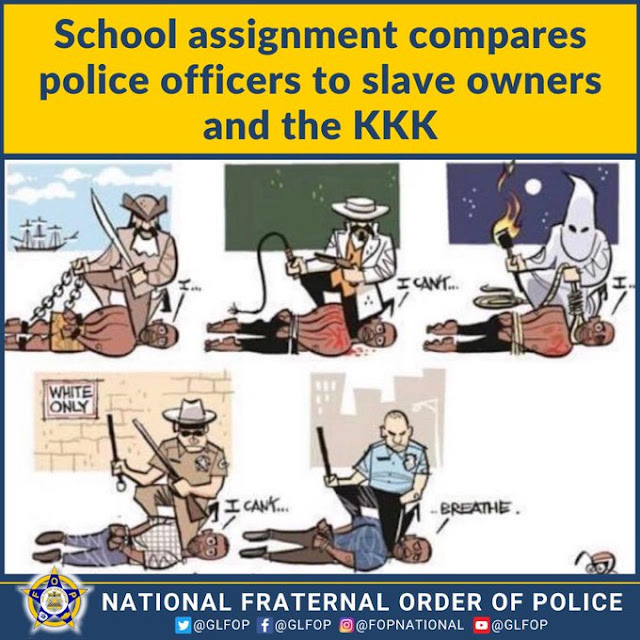 This is part of an ongoing effort to prevent anyone from criticizing law enforcement:


Texas Gov. Greg Abbott and the National Fraternal Order of Police are denouncing a social studies assignment that included political cartoons depicting the treatment of Black people in American history.

One cartoon, which was used at Cooper Junior High School in Wylie, Texas, in mid-August, sparked outrage on social media, with critics saying it compared police to the Ku Klux Klan.

Some parents in the Wylie Independent School District just north of Dallas also complained about the assignment, which was posted online by an unidentified eighth-grade teacher.

One of the cartoons depicts five scenes of African American men lying on the ground with their hands shackled or tied behind their back, first with a White slave trader's knee on their neck, then a slave owner in the same position, a hooded Ku Klux Klan member, a sheriff from the Jim Crow era and then what appears to be a rendering of former Minneapolis Police Officer Derek Chauvin with his knee on George Floyd's neck.

But, the teacher/assignment didn't actually equate the police to the KKK; rather, the cartoon did after a fashion. It appears that the folks in Texas, including the governor, jumped to conclusions and reacted without context. The watering down, if not blatant erasing of history -especially about Black history and slaves by the Texas school board, is only hurting the children by providing them with a warped sense of history.

So, all German school children must visit a concentration camp at least once during their school years so they don't forget what happened as well as not let it happen again. It is the great stain on their history. Slavery and the treatment of Black people is America's stain; unfortunately, too many times, that stain is actually the blood stain left by those killed by white suppressors - whether the suppressor was the slave owner, the KKK, the police or even society in general. We exacerbate the stain when we do nothing.