Remember That They Hate You 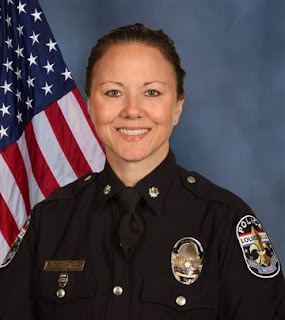 If you are not in their tribe, they want to see you serving their needs and paying the price for their success in this world:

The Louisville, Kentucky, Metro Police Department is looking into a derogatory email a police major sent to her colleagues in August that said people who are part of antifa and the Black Lives Matter movement are "punks" who are not important, a spokesman said.

The email was written by Maj. Bridget Hallahan, who commands the police department's Fifth Division.

Hallahan, 47, confirmed to NBC News on Thursday that she sent the email and said fellow officers have been supportive. She also said she retires in six days.

Phillip Bailey, a journalist in Louisville, tweeted screenshots of the email Tuesday evening. He said it had been provided to him by an unnamed law enforcement source.

In the email, Hallahan writes:

"These ANTIFA and BLM people, especially the ones who just jumped on the bandwagon 'yesterday' because they became 'woke' (insert eye roll here), do not deserve a second glance or thought from us," it continues. "Our little pinky toenails have more character, morals, and ethics, than these punks have in their entire body."

These are the sentiments of someone incapable of serving the community in which they live. You can have different beliefs and you can have values that aren't shared by the people that you are required to serve and protect. But if this is how you feel about your fellow Americans, you have joined a tribe that excludes all others and is not in the business of protecting anyone else or taking care of public safety. If this is how Hallahan feels then she should get out of the public sector and go to work somewhere else (which is apparently her right and her intention very soon).

There is no dedication to civics here. It's just raw, unfiltered rage. This woman took a job as a police officer and rose within the ranks without a moment of introspection. She believes that the people who live in her community are mere animals to be handled and discarded and abused. No public servant should ever say these things about the same people who are paying her goddamned salary.

Thanks again, Trumpists. You have helped break the country. She was probably already like this from the start but something about the last four years made it easier for her to spout these horrible ideas.