Jeff Zucker is a Direct Threat to American Democracy 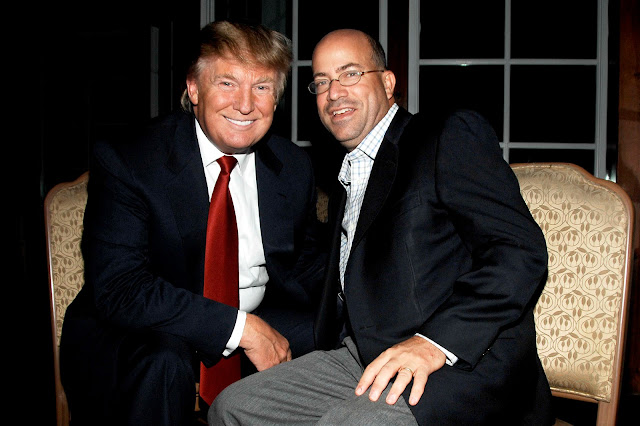 The fix has always been in:


As the pandemic deaths mount, huge sections of the West Coast burn, Trump threatens military action against possible post-election protesters, and the U.S. economy remains stuck in a dire state of decline, it's important to understand how the country came to this crisis under Trump. And it's imperative that the media's role in creating Trump's doomed presidency doesn’t get overlooked or downplayed. The news media's failings in 2016 were legendary and the country today is paying a stunning price. That's why disturbing new revelations about CNN's relationship with Trump during the 2016 campaign are so infuriating.

According to a recently leaked phone call from the height of the Republican primary season, CNN chief Jeff Zucker called Trump's longtime attorney Michael Cohen to butter up team Trump: "You guys have had great instincts, great guts and great understanding of everything." Zucker stressed how "fond" he was of Trump, wished he could talk to him "every day," and then floated the idea of giving Trump a "weekly show" on CNN during the campaign. Zucker ended the call by announcing he was going to call Trump directly and "wish him luck in the debate tonight…He's going to do great."

A weekly show? CNN wanted to hand over airtime exclusively to one of the candidates running for president? Ethically, that's unthinkable. Why would the head of a news organization be trying to broker that kind of deal during a campaign year? It's inconceivable, unless you view American presidential campaigns as nothing more that entertainment, and your job as the head of CNN is to secure pleasing content.

Now you know why CNN always has some hangdog-looking schmoe who is always eager to tell people that Trumpism ain't that bad. There are no arguments to make for a second Trump term in office. There are stacks and stacks of bodies and an entire nation approaching economic collapse. There is no reason to think Trump won't retaliate against everyone opposed him and ensure that he is an American dictator for life if he steals the November election.

Jeff Zucker will be right there, courting Trump and looking for a way to cash in.

A Biden presidency will be the most boring, reasonable thing you can imagine. We might get to go a whole week without a shit-headed rant from the president. We might get to go two full days without a major scandal that would sink a normal presidency. We might get to go four fucking hours without someone burping out a racist, bigoted statement from an official government social media account. That would hurt CNN's bottom line. They would have to cover the news and they would be required to talk about why Biden is actively fixing everything Trump and his cronies broke on the way out the door.

No one stands more ready to dance on the bones of democracy than Jeff Zucker. When all of this is over, maybe he and Trump can go start a news channel together.
on September 14, 2020