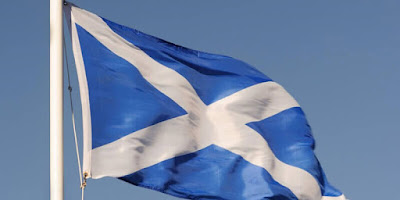 The Scottish people are going to find a way to become independent of what's destroying England right now:

Ewan McGregor has shared his support for the Scottish independence campaign, in a U-turn from his previous ‘no’ stance.

Speaking in a new interview, the Star Wars actor cited the 2016 Brexit deal as the main reason for his change of heart.

Talking on the Real Time with Bill Maher show (40 mins in), McGregor said: “I was always for keeping the Union because I think it worked – but after the Brexit vote I’ve changed my tune about it I think.

The entire Brexit deal is a death blow to the idea that the British Isles can remain united under any circumstances. There is a terrible divide between what animates the bankers in London, who are in love with disaster capitalism, and the people who live in places like Glasgow who want to have toilet paper and food and drinkable water when they get up in the morning.

We are going to see our own version of this in January of 2021. A vast swath of America will decide that "states rights!" will become the law of their land and they will not consent to being governed by a Democrat. They'll rise up in phony outrage at this prospect.

Vladimir Putin has had quite an effect on Western Democracy, hasn't he? Well, the end result is going to remake the world. America will have to deal with those who do not wish to be ruled by majority vote. And Scotland will have to find a way out of the darkness created by a political sect in England that imagined itself capable of separating from the European Union so that they could cash in. Good luck to everyone who believes in the idea of democracy. There are going to be long days ahead as we maintain these ideas.