This is the Country I Want to Live In 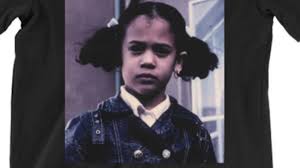 When I look at this picture of Kamala Harris, it tells me that this is the country I want to live in.

It tells me that this is a person who was brought into this world and given the slimmest of chances to succeed and prevail and she did. She built a life for herself and is now the nominee for Vice President of the United States of America.

No one handed her a goddamned thing. No one gave Joe Biden a free ride, a half a billion dollars, a golden ticket, a brass ring, or a Cadillac dealership. These are the people who came up in an America that wasn't free, wasn't equal, wasn't fair, and wasn't built for a working class man or an African-American woman.

They walked on different paths to this moment in American history. The sheer terror of it all must have been something for each of them. For Biden to lose his wife and his children and all that and still be a decent man who helps others without hesitation and uses every ounce of his accumulated power and prestige to be a benefit to anyone within earshot is amazing, in and of itself.

Here is a person who attained virtually everything every white man in America feels he is owed and has never once held back in his desire to lift others up the ladder ahead of him. That's a man special enough to be the fucking president. He has none of Trump's pathetic need to be recognized as a powerful, wealthy, successful man. He has none of Trump's broken soul in him.

And for him to pick Harris and lift her up and put her on a path that will continue, I hope, to something ahead of what he has achieved is really something for our country to be proud of. When you lift others up, you do so knowing they will get ahead of you. To do that, day after day, in public life, is the thing that makes the country believe in itself again. Picking Harris is a nod to the greater good.

Now is the time to spit on both hands, grab something heavy, and start hacking away at making President Biden and Vice President Harris happen. It's time to get the fuck on with this and get to November third. Wastrels, weasels, and purity trolls need to be driven into the wilderness and Republicans need to be chased out of office.