That Was Some Weird Shit 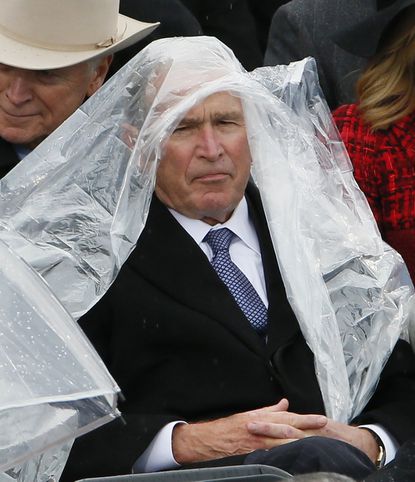 If you were lucky enough to see even a small part of Trump's acceptance speech/white grievance address at the Republican National Convention last night, you already know that that was some weird shit.

The entire four day convention boiled down to showing things that are happening right now in America and then saying, "look what will happen if you elect Joe Biden."

Four more years of this and everything will lay in ruins, you dumbasses.

It's the most insane fucking argument that an incumbent president could make. Instead of showing all the bad things that are happening, they should have spent the entire four days counter-programming the news by showing normal, every day activities in America and then completely ignore what's really going on. That would have been more effective.

This was a four-day, prime-time infomercial that benefitted the idea that we have to vote every single Republican into oblivion, repeatedly and without equivocation, for the next fifty years. Not a one of these people should ever be allowed to control any budget larger than that of fifty dollars and even then I wouldn't expect to find a nickel of that has been spent wisely. This was a political convention that was inadvertently designed to make you want to remove these people from power and vote for the other guy. In other words, this was a dumpster full of tires, exploding buckets of shit, and open paint cans that burned itself out. Removing it will require a roll-off truck and plenty of muscle.

The problem with that is that the entire conservative media establishment is conditioned to show chaos, anger, and outrage in order to frighten the base of the Republican Party into voting out of fear. That has been the Fox News business model since its inception. Show graphic violence and tell stories that terrify older, white Americans and then watch the cash roll in.

There was nothing in the RNC that would sway a swing voter or someone who hasn't made up their mind as to who to vote for. This was all designed to keep the base from abandoning Trump. It was a greatest hits package of all the things that scare the living shit out of white people in their 80s who are staring into the abyss.

Anyway, it's over. And it was the weirdest shit you could have ever imagined, and that's saying a lot.
on August 28, 2020