He Wanted to Get Medieval on Their Asses 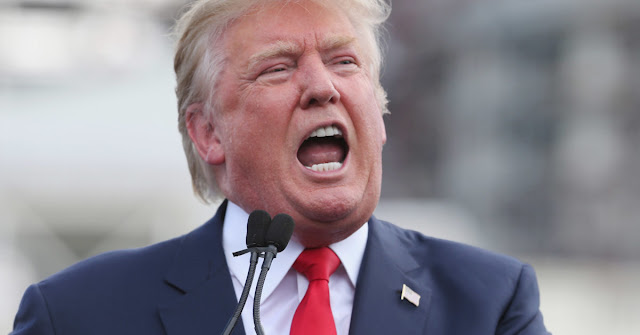 Miles Taylor used to go into meetings with Trump and hear things that would make a normal person leave the room screaming.


The national security official couldn’t get through a meeting “without him doing 20 tangents, becoming irascible, turning red in the face, demanding a diet Coke, spewing spit,” Taylor explained. “Literally out of goddamn nowhere, he'd be like, ‘You know, who’s just my favorite guy? The MyPillow guy. Do any of you have those pillows?’”

When it came to the border wall, Trump would dream up “sickening” medieval plots “to pierce the flesh” of migrants, rip all the families apart, “maim,” and gas them, Taylor claims. “This was a man with no humanity whatsoever,” Taylor says. “He says, we got to do this, this, this, and this, all of which are probably impossible, illegal unethical,” Taylor recalls, but he was writing them down as the president spoke. “And he looks over me and he goes, ‘you fucking taking notes?’”

Aside from the fact that this is just more proof that Trump is crazy, why aren't we talking more about the fact that he's cruel and insane? And seems to be a ripe candidate for ADHD drugs? And averse to reason? And incapable of focusing on what's happening? And unable to concentrate or read? And unfamiliar with how to function as a normal adult? And how he totally gets a pass from the media who have been conditioned to let Republican Daddy hit them and call them names? And how he doesn't understand the law? And how he is terrified that someone is writing down the actual things that he says?

Why aren't we talking about Trump's illegal use of pardons? Taylor goe

s on to say that Trump offered pardons to Homeland Security officials if they would just forget their understanding of America's laws and put in place his criminally insane and negligent immigration policies.

I mean, what the fuck? Why didn't Taylor pull the whistleblower lever and tell this to everyone AS TRUMP WAS BEING IMPEACHED. What a sniveling little shit. I'm sorry, but if you knew this was going on and did nothing, hell is too good for you and Heaven is beyond your reach.

And on and on and on. I'm afraid that Woodward's new book, and the one that he writes about Trump after this, are going to be too kind to this dumpster fire of a presidency.

Jesus, these people. They exhaust the hell out of you with their bullshit, don't they?
on August 25, 2020