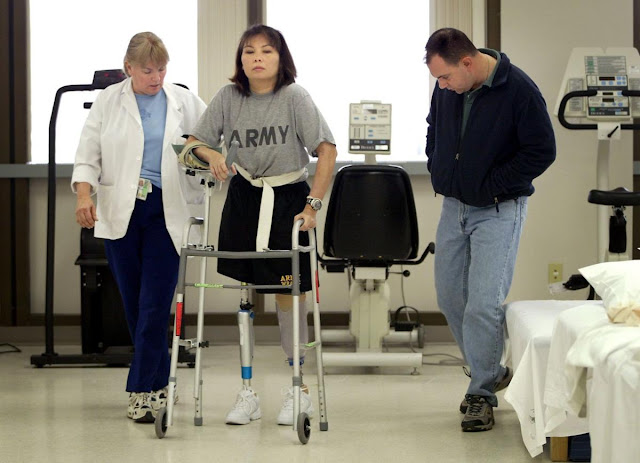 This is a picture of Senator Tammy Duckworth. This is from when she was learning to walk again after Iraqi insurgents shot down the Blackhawk helicopter that she was flying in combat.

This is Tucker Carlson being scolded on television. 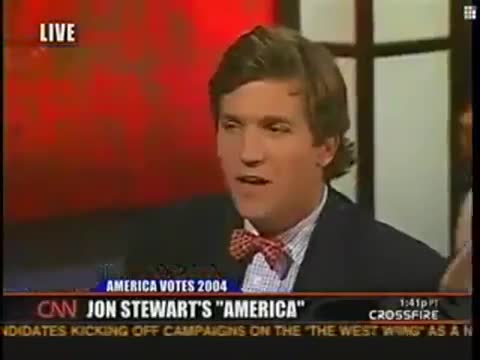 At roughly the same time in our nation's history, one person was serving in combat overseas. The other was a bow-tie wearing fop on television.

Who's a "deeply silly and unimpressive person" now, Tucker, you asshole?

The thing about white men with conservative views who criticize other Americans is that you can always tell what their hangups are and what their weaknesses are by who they choose to go after. Strong women who have accomplished something in life are their biggest targets and their biggest fear.
on July 07, 2020