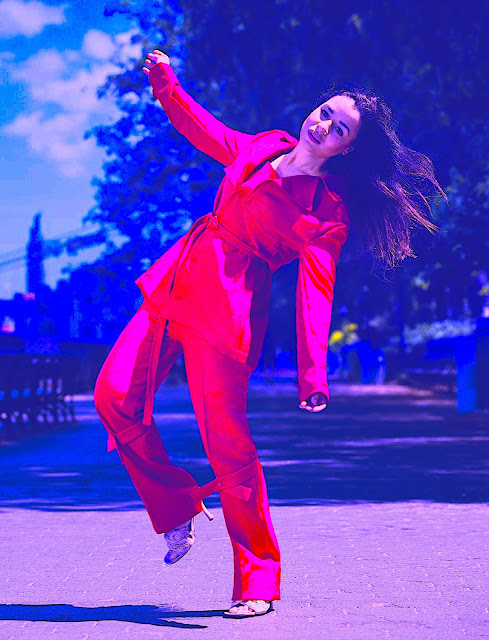 Sarah Cooper is ripping Trump to shreds before our very eyes, and her ability to mock and satirize him is stealing his powers of persuasion.


Cooper’s disdain for Trump is clear, MAGA true believers have praised her work: “I really thought I was going to get a ton of hate mail. [But] that hasn’t happened because, on some level, they’re entertaining to his supporters as well. I don’t know how to feel about that.” Cooper suspects that Trump himself has watched. “I think he thinks I like what he’s saying,” she says, half whispering the dark notion. “Maybe! If you’re a sociopath, you don’t get emotional cues.”

Cooper says she would never parody Trump’s cruelest remarks, like his implication that late representative John Dingell was “looking up” at him from hell (“Just evil,” she says, shaking her head), or his most poorly timed failures: “He messed up several words at a Memorial Day speech and people were like, ‘You should do that!’ But no. It’s still a sacred day.”


It is an absolute truth that if you can properly mock a fascist, you'll make him look like a ridiculous fool. Trump trades on an ability to transmit cruelty to his base and inflict it on anyone who opposes his agenda. It is also true that the victims of his cruelty end up being the people who love him for it anyway.

Sarah has grabbed a piece of his rotten soul and torn it to pieces in order to make Trump look like an ignorant ass clown. Everything about this is absolutely correct and proper for the times in which we live.