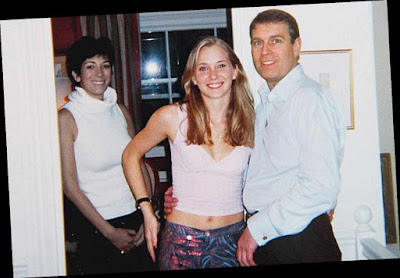 The woman on the left is Ghislaine Maxwell and the Southern District of New York has quite an indictment of her out today:


Ghislaine Maxwell, Jeffrey Epstein’s closest confidante who hasn’t been seen in public since his death, has been arrested by the FBI in New Hampshire, The Daily Beast has confirmed.

Maxwell was arrested at 8:30 a.m. in Bradford, New Hampshire, on charges brought by the Southern District of New York. She’s expected to appear in federal court in New Hampshire later Thursday.

The six-count indictment against Maxwell, whose arrest was first reported by NBC News, states that she took part “in the sexual exploitation and abuse of multiple minor girls by Jeffrey Epstein.” From 1994 to at least 1997, “Maxwell assisted, facilitated, and contributed to Jeffrey Epstein’s abuse of minor girls by, among other things, helping Epstein to recruit, groom, and ultimately abuse victims known to Maxwell and Epstein to be under the age of 18,” the 18-page indictment alleges. The victims were allegedly as young as 14.

Maxwell is accused of enticing “minor victims to travel to Epstein’s residences in different states, which Maxwell knew and intended would result in their grooming for and subjection to sexual abuse.” The indictment also alleges that in 2016, Maxwell “provided false and perjurious statements, under oath, regarding, among other subjects, her role in facilitating the abuse of minor victims by Jeffrey Epstein.”

I would submit to you that the fact that this woman has been free to live in polite society for over a decade since being identified as a common pimp and an abuser is a serious indictment of our legal system. We should be prepared to see some things that are disturbing. The whole system of elites protecting elites--and these likely involve prominent Democrats as well as Trump and Prince Andrew and whoever else--is rotted and broken. We need to get our house in order, and soon.

And, what's more, she's been in hiding: 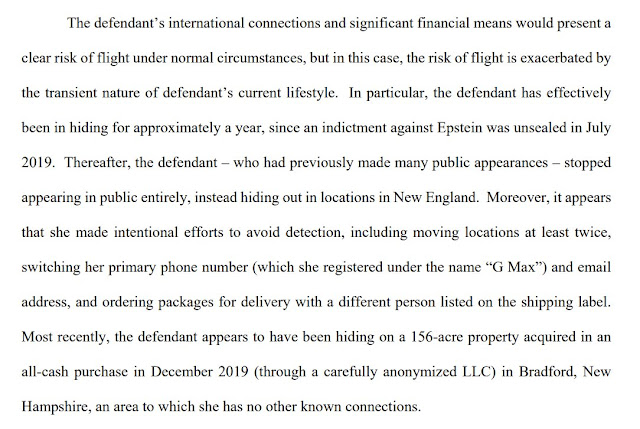 Justice will never be done so long as William Barr is Attorney General. I suspect that this woman has survived by holding onto as much incriminating evidence as possible. However, we just don't know for sure. It could certainly be luck and incompetence that has kept her out of prison until now, and if so, that's another indictment of our elites.

The woman in the middle, by the way, was abused by the man on the right. His name is Prince Andrew, and he has likely shit his royal pants several times today.

We already know Trump has. 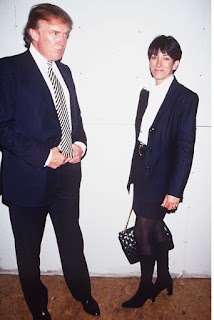 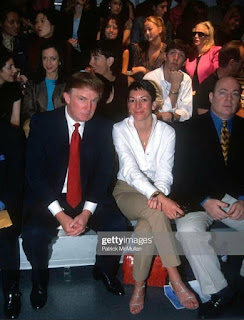 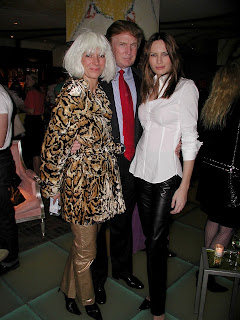 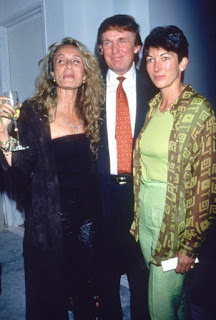 How is it that the President of the United States of America can be close associates with an endless array of criminals, pedophiles, Russians, pimps and abusers and this does not compel every newspaper in America to call for him to resign?