Close it All Down 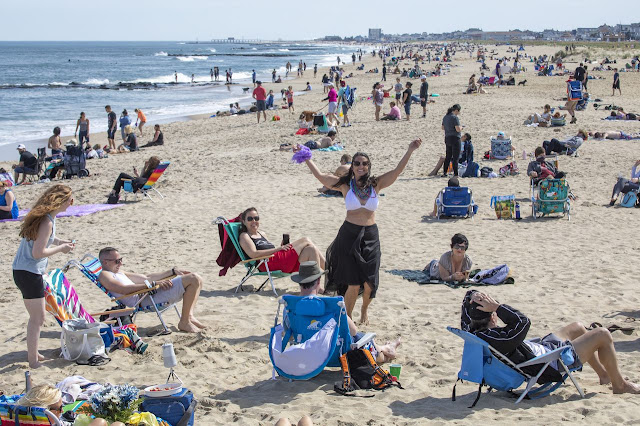 This is roughly the moment when America realizes that COVID-19 is not going away and has to be taken seriously. If you live in the right state, you already know this. If you don't, welcome to an American tragedy being played out in different stages:

Many states and communities began loosening coronavirus pandemic restrictions in the late spring and early summer — but as cases surge across the US, there are calls for a second lockdown.
More than 150 prominent medical experts, scientists, teachers, nurses and other experts have signed a letter urging leaders to shut the country down and start over to contain the rampant spread of the virus.

"The best thing for the nation is not to reopen as quickly as possible, it's to save as many lives as possible," they wrote in the letter, which was sent last week to the Trump administration, leading members of Congress and state governors.

The American response to any pandemic cannot be each of the states and territories and the District of Columbia flailing around in panic, paralyzed by conservative ideology and battered by presidential politics. We cannot ever go down this road like this again. The deaths, the permanently altered lives of the survivors, and the lingering health effects resemble something worse than a war.

Due to the decline in standards in this country, Trump is going to skate on being held responsible. What good would it do? The media dutifully points out when he's delivering quackery and misinformation but they won't extend this to refusing to cover him and they won't outright call him an incompetent liar.

And really, that's the point here. What good does it do to keep pointing out that Trump's scattershot response, which was a nightmare riddled with bullshit and delusions of adequacy, has killed more Americans than every war since World War II? I mean, that's staggering in and of itself. When you're a mediocre white man, you can really bring the pain when it is a demonstrable fact that you're not good at your job and shouldn't be president of anything.

Everything that has gone wrong can be linked to stirring dissent against wearing masks and shutting the country down. Republican ideology was opposed to what was dictated by common sense--close down non-essential businesses, issue stay at home orders, mandate the wearing of masks, and rapidly mobilize America's ability to test and trace people and manufacture enough medical supplies to stave off disaster.

This is what Trump failed to do. He failed to listen to common sense. He figured he could stumble through the crisis, blame others, and make some cash on the side. And now, here we are. We've wasted five critical months and watched tens of thousands of Americans die. What a disaster. Close everything down and do it right this time.
on July 27, 2020