The Betrayal of Neil Gorsuch 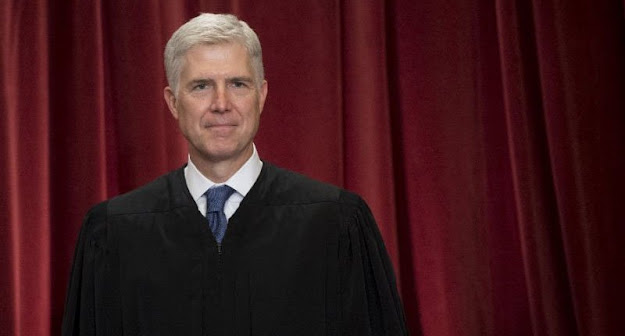 I wouldn't confuse Neil Gorsuch with Earl Warren, but this is stunning:

Many conservatives were in a state of shock on Monday morning when they learned that Supreme Court Justice Neil Gorsuch had authored a majority opinion stating that it is illegal for businesses to fire people for being gay or transgender.

Even though Gorsuch has been a reliable conservative on the Supreme Court throughout most of his tenure, he nonetheless joined with Chief Justice John Roberts and liberal Justices Ruth Bader Ginsburg, Elana Kagan, Sonia Sotomayor, and Stephen Breyer to rule that existing Civil Rights laws protect LGBT Americans from discrimination.

The advantage of being a Supreme Court Justice is that you can basically tell the whole world to fuck off when you do something out of character. The original intent was, you can be independent of political considerations. Lifetime tenure is supposed to afford a person the ability to show allegiance to the law instead of a cause or faction. Insert eye roll here.
There was never any indication that Gorsuch was going to be an independent thinker on the court. In fact, his numerous engagements with the conservative movement indicated that he was going to be a reliable vote that could be combined with Samuel Alito and Clarence Thomas.
Well, to hell with that after today.
Gorsuch probably realizes that the religious right is now going to shun him, and what's the great loss there? Who would want to rub elbows with the God botherers and the smarmy movement conservatives that are quickly dying out? If you look at the future of this country, it doesn't include the religious right.
on June 15, 2020