Malignantly Crazy is Not a Thing 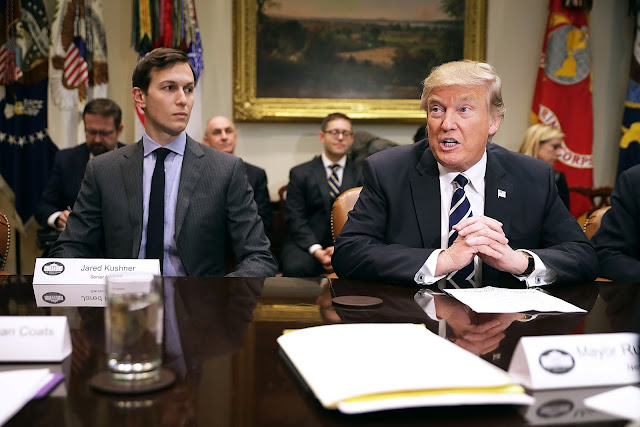 I really don't know what to make of this. Anyone who believes that they can engineer an electoral college victory out of being insanely unpopular for every day of his presidency has to be convinced of their own brilliance. In the case of Jared Kushner, yep, that makes sense.


In Donald Trump’s West Wing, being a member of the Trump family has historically been the ultimate job security. But that truism is being stress-tested after a run of polls consistently show Trump losing to Joe Biden at this stage of the race—a CNN poll this morning has him down 14 points. According to a source close to the White House, Trump has mulled taking oversight of the campaign away from his son-in-law Jared Kushner. “Trump is malignantly crazy about the bad poll numbers,” a former West Wing official said. “He’s going to broom Kushner and [Brad] Parscale—the numbers are not getting better,” a Republican close to the campaign said.

Long before the reelection campaign went sideways, Trump frequently blew up at Kushner. For instance, former West Wing officials recall how Trump hated when Kushner received too much positive press (In January, Trump was rankled when Kushner’s portrait graced the cover of Time). “Any time Jared is in the papers, Trump complains, ‘We have to get Jared back to New York!’” said a Republican who heard Trump make the comment. In the end, the source cautioned that Trump won’t push Kushner out. “This is typical with him and Jared,” the source said.

An individual who can be described as "malignantly crazy" is really just a psychopath. I suspect that someone is trying to profit from the idea that if you can convince Trump he's winning, you'll make millions.

That's all we're seeing now. Someone has to figure out how to convince Trump he's a winner when, in fact, he's destined for a pretty lopsided defeat. They have to sell him on the idea that they can reverse the numbers when, in fact, there's nothing that can be done about Trump's historically unpopular status with the American people. There's nothing that indicates the 2020 election will be close. The American people cannot claim to be "better off" than they were four years ago unless they have $100 million dollars stashed somewhere.

Any American who hasn't made up their mind about Trump at this point is likely incapable of voting on the right day anyway, so there you go.

Trump has to find people who can competently lie to him about his chances in November. Do those people even exist? Are there any credible human beings left who could work for him for more than a few days?

We are literally at the point in Trump's presidency when he can't fire anyone because there's no one left who will be able to take the job. As in, there's no one with a pulse and no one who wants to go down in flames with the man in the bunker.
on June 08, 2020