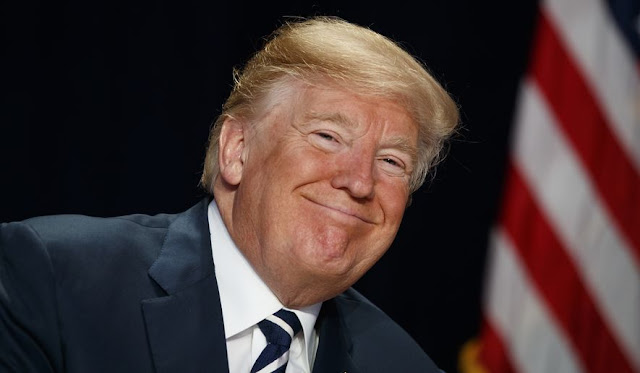 
By the height of the Watergate scandal in 1974, virtually every major newspaper in America had called for President Richard Nixon's resignation. During the investigation and impeachment of Bill Clinton in 1998, more than 100 newspapers called for him to resign.

But President Donald J. Trump? He could stand in the middle of Fifth Avenue and shoot somebody... and not a single major daily newspaper would call for his resignation. I admit that -- just like the original Trump quote it references -- that Fifth Avenue statement is a bit hyperbolic, but think about it:

After three years of political and actual carnage under Trump, including Robert Mueller's description of acts that amounted to, he told Congress, obstruction of justice; Trump's "fine people on both sides" reaction to a white supremacist rally in Charlottesville where a counter-protester was killed; his rampant conflicts of interest and credible accusations of his violations of the emoluments clause of the Constitution; his close to 17,000 false statements; a travel ban that primarily targets mostly Muslim-majority countries;impeachment for alleged extortion of a foreign government (he was acquitted in the Republican Senate), and the gross mishandling of a deadly pandemic, you'd think somebody on an editorial board might say it's time for the President to leave.

There is a dizzying double standard at work here. Just one Trump press conference from the last three years contains enough actual evidence of cognitive decline, moral bankruptcy, and deranged self-pity to justify writing a thousand editorials that would call for resignation. The only thing keeping Trump in power is the Republican majority in the United States Senate and an elite media complex that is making a ton of money by trading in outrage and insanity.

The Senate majority's game is just about up. As the polls come rolling in, you'll see otherwise safe incumbents who will be looking at double-digit deficits that they won't be able to make up before November. And this is with no one campaigning in the real world, only the virtual world. Every single day the news is so bad for Republicans that they can't escape the growing desire of the American people to throw every one of them out of office as soon as possible.

Our media elites are a failure unto themselves. Trump is fucking crazy! We see it every day on TV! We watch this and no one says it out loud. When Trump says something on TV that's crazy, the last thing CNN or the big networks wants to have happen is for their on-air person to say "wow, that's pretty fucking crazy right there."

Sure, you have Don Lemon and Nicole Wallace channeling what we all feel, but this has to be communicated at virtually every level of news coverage. It's not enough for opinion programs to tell us what we're seeing. The major networks still have evening news programs that reach a dwindling but underserved audience. The entire culture needs to be acquainted with the fact that Trump doesn't care how many people die because his golf courses are empty right now. This is a bloodthirsty regime and not enough of you people are dying fast enough to keep the rich afloat right now.

Why is all of this happening? Because not enough Democrats voted in the last decade. Let's get that out there and own that and fix it.

Newspapers could definitely call on Trump to resign but then a conservative with butthurt feelings and a Twitter account that hasn't been shut down yet would complain to his 50K bot followers and then the paper would back down. There isn't enough shame in the world to get Trump to do the right thing so why would a pack of newspaper editorials matter? Instead of printing denunciations that they'll disavow when the pushback occurs, print voter registration instructions on the front fucking page. Open up a dialogue on how we should all be voting by mail. Quit with the posturing. Trump has been good for business if you're selling stories of terrible events to people who care about the world. This business has to end.
on May 11, 2020