What Do You Have to Lose? 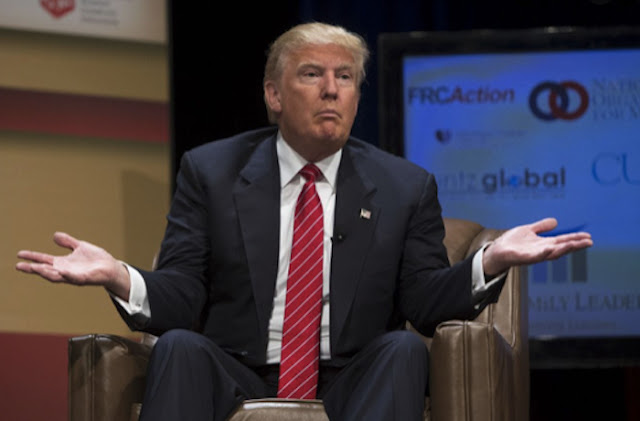 This is a hell of a lot worse than asking the president of Ukraine to do us a favor: 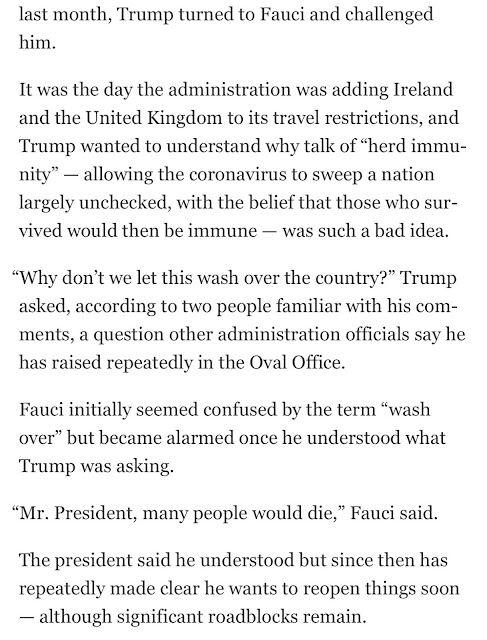 To "let it wash over the country" equals "let's let a bunch of people die so that the economy and my re-election chances don't take a hit."

Do you need any more evidence that Trump is a psychopath?

Here we have proof, such as it is, that the Republican Party is led by someone who places little or no value on human life. Here we have facts that, in a normal time, would mean that Trump should be impeached. In this case, again.

I realize that this is not a popular idea, but the fact remains that the House should, once again, impeach Trump over the mishandling of the COVID-19 pandemic. He should be impeached for diverting supplies, failing to respond to the warnings that were provided to him, and for his belief that letting an untold number of Americans die would be preferable to shutting down the economy, as outlined above.

The likelihood that we will go through another impeachment is something I don't even want to contemplate because, once again, the Senate GOP will refuse to remove Trump from office. It would be an academic exercise and it would not save the country from however many more months of Trump that we face until he can be voted out of office.

If only we could have a return to a time when a failed president would resign rather than face the voters. The precedent being Lyndon Johnson, of course.

If there was anything in Trump that resembled shame, he would have already quit and gone back to New York. Shame is not a feature this president has access to. He doesn't feel it, doesn't know what it is, and cannot be introduced to the concept. He should be ashamed for what he said in that meeting. An American president does not put his own fate ahead of the lives of Americans. We can't allow that to be our new normal.