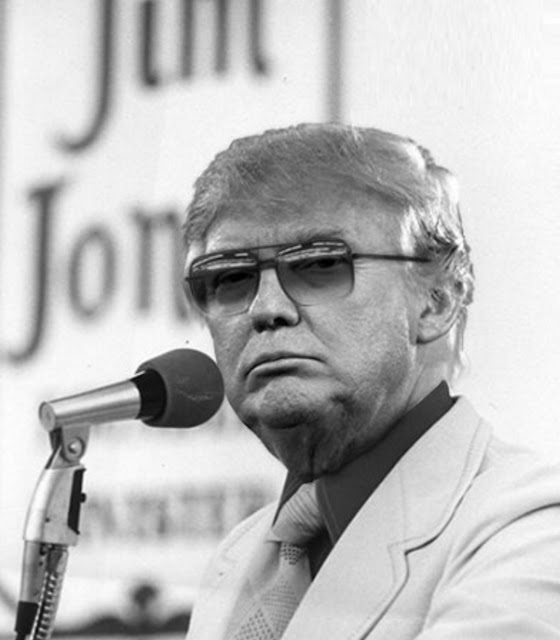 This is Trump's version of the GOP. They will drink the Kool Aid and they will reach out and embrace the oblivion that follows. They don't want to live in any version of America that is run by Democrats. You see that in every single state where Democrats took over the government and started unraveling years and years of fraud, waste and incompetence. You see it in North Carolina, Virginia, and Wisconsin. You're seeing it play out in Michigan as well. When more red state governments flip to blue, you will see more of these astroturf protests, a "fake" tea party, even though the Tea Party movement itself was fraudulent.

And while while I love the optimism that Krugman shows here, come on. It's 2020. There's too much water under this falling down bridge of ours. There are still babies in cages, people dropping dead, millions without work, and there is no plan to help anyone other than billionaires.

There is nothing that will shame him, no bottom he will reach, and no moment of clarity is coming. There is no chance anyone working for him will stand up and say what needs to be said. All that is left to serve Trump is a cohort of compromised, damaged incompetents. They don't know the government, they don't know how to do their jobs, and they carry the temporary weight of having an Executive Branch job. In a year, if Trump can be defeated, you'll see these people filing for bankruptcy because they cannot find gainful employment. The whole rotten edifice of modern conservatism is collapsing into itself.

Trump and his supporters hate you and they hate the very idea of America.

I wish I could get that through to people who have larger platforms than mine. Conservatives and Republicans and Trump supporters simply hate liberals. They hate our form of government. They want a fascist state where they can have everyone who opposes them rounded up and killed. They don't just want you to be laughed off of TV and given a job elsewhere. They want you, your family, and everyone you love to die because that's what they believe should be the fate of anyone who opposes their culture of death and destruction.

They want you to die so they can have guns.

They want you to die so they can avoid paying substantial taxes.

They want you to die so they do not have to watch the social justice agenda of the Democratic Party achieve any more gains in our society.

They want you to die so they can maintain their white supremacy.

They don't want to address what Trump said about injecting bleach into their bodies. They want you to die so they can continue to be enthralled by the audacity of a president who acts like an asshole in public.

That's what this is about. They hate you and you better vote as if your life depends on it because it does. And if the last month and a half hasn't woken you up to that fact, nothing will.
on April 24, 2020