Republican Ideology Will Kill You 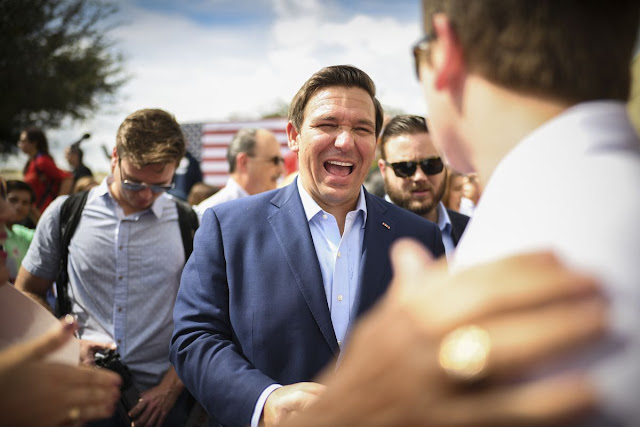 Deep within the lizard brain of every Republican official exists a fundamental disregard for science and the embrace of a paralyzing ideology:


Florida Gov. Ron DeSantis (R) undercut his own stay-at-home order by exempting religious services from that necessary step to slow the spread of the coronavirus.

DeSantis issued the statewide order Wednesday afternoon, telling Floridians to “limit movements and personal interactions outside the house” to only those deemed “essential.” The order followed mounting pressure on DeSantis to do something after he’d said days earlier that he was waiting for the White House coronavirus task force to recommend such an order. In March, DeSantis had resisted calls to shut down beaches as college students from across the country gathered in Florida for spring break.

If the governor had finally decided to take the threat seriously, his order carved out a large exception for religious services conducted in churches, synagogues and other houses of worship, which are deemed to be “essential business” and thus exempt from the stay-at-home mandate.

Florida has nearly 7,000 confirmed cases of COVID-19. The actual number of cases in the state and across the country is likely much higher than reported, but a lack of testing and a White House that has repeatedly downplayed the threat have led to insufficient data on just how many people are infected.

Megachurch pastors are the new embodiment of that old stereotype of a Typhoid Mary. They have lobbied Republican lawmakers to cut them some slack (not to mention the continuation of tax exemptions which makes no sense these days) when it comes to mass gatherings. They could very easily use the technology of television to reach their flocks but they refuse to do so because butts in seats equals cash in the collection plates. They preach the gospel of prosperity, dress it up in a cheap suit, and sell it like madmen. There is no theological basis for being chosen to receive the bounty of God's will in the form of a fat check. The whole hypocritical thing is designed to make you feel good about not bothering to do anything about anything that's wrong with yourself.

This is an insidious thing, and it has nothing to do with your local Presbyterian or Baptist church. To me, there are now two forms of religion in this country--the normal kind that involves actually creating a church of like-minded worshippers in a community (I will never have a problem with that) and the commercialized nonsense of for-profit, multi-million dollar ventures that require stadium seating and mass marketing campaigns designed to get people to buy into their feel-good bullshit.

Voting and thinking and being a Republican is bad for your health and never more so than right now. I guess preaching that it would be better to stay home and do something for the greater good loses out to the idea that GOP politicians don't want to suggest that this is all God's wrath on flocks of sinners who would otherwise have a very high opinion of themselves.
on April 02, 2020