Meghan McCain's Husband Is a Turd 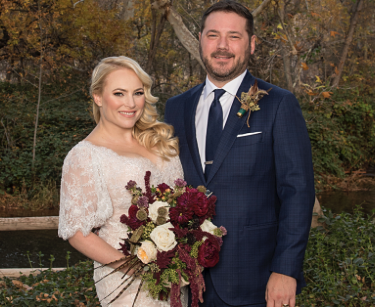 When Senator John McCain's daughter, whose name is sometimes pronounced Meghan, got married, she probably suspected that her new husband might be stupid enough to publicly threaten to send his employees to a salt mine if they tried to form a union.

I guess I'm saying they might have been in on it from the start because look at how culpable he could be when it comes to violating labor laws:


The publisher of conservative online magazine The Federalist broke federal labor laws when he tweeted last year that he’d send employees “back to the salt mine” if they tried to unionize, a National Labor Relations Board administrative judge decided.

FDRLST Media chief Ben Domenech’s tweet was an “obvious threat"—not a joke or an expression of opinion shielded by the First Amendment—when viewed in light of workers’ legally protected rights, Judge Kenneth Chu said Wednesday. The timing of the tweet, which came on the same day of a walkout by union employees at Vox Media, supported the conclusion that Domenech was sending a message to employees, the judge held.

“Obviously, the FDRLST employees are not literally being sent back to the salt mines,” Chu wrote. “Idioms have, however, hidden meanings.”

The company will have to post physical notices in its offices and send email copies to employees, alerting them that FDRLST Media violated federal labor law and advising employees of their right to organize. That’s a standard remedy for relatively minor violations of the National Labor Relations Act.

A decent blogger would never dunk on mediocre people who marry into respectability, nor would said blogger ever remind people that Meghan's husband has long been accused of being a plagiarizing turd from the get-go. When we decide to be decent around here, I'll let you know how it goes.
on April 23, 2020