Another Quality Hire For the Trump Regime 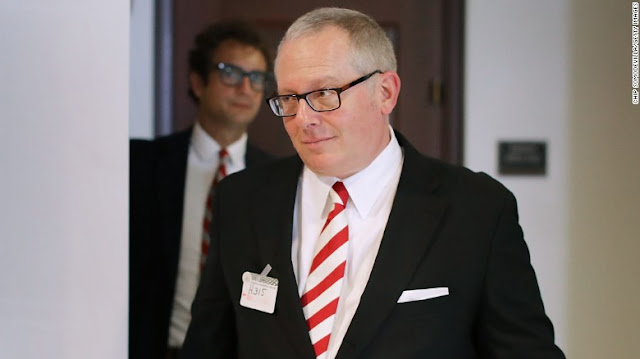 If Michael Caputo was really just a bag filled with shit, would you be surprised if Trump hired him?


Michael Caputo, a longtime New York Republican political operative who worked on Trump's 2016 presidential campaign, was appointed last week as Assistant Secretary for Public Affairs at HHS, a prominent communications role at the department which serves a central role in the federal government's response to the coronavirus pandemic.

Caputo, a prolific user who often tweeted insults and profanity, recently erased nearly his entire Twitter history from before April 12. CNN's KFile used the Internet Archive's Way Back Machine to review more than 1300 deleted tweets and retweets from late February to early April many of which were regarding the rapidly spreading coronavirus.

While he occasionally weighed in with praise for public officials or more straightforward observations, tweets from this period are also littered with conspiracy theories and controversial language to go after perceived critics of the Trump administration.

In a series of tweets on March 12, Caputo responded to a baseless conspiracy theory that the United States brought the coronavirus to Wuhan, China, by tweeting that "millions of Chinese suck the blood out of rabid bats as an appetizer and eat the ass out of anteaters."

Caputo and spokespeople for HHS did not respond to requests for comment. A spokesperson for the White House declined to comment.

Nobody should be surprised to find this out about one of Trump's latest quality hires.

I guess if it was early 2017, Caputo wouldn't get the nod in this case. He'd be relegated to the Trump campaign or a distant position fluffing someone who Trump fired by Christmas of that year. Back then, there were oodles of halfwitted slobs begging for a chance to serve yet another odious GOP president. Funny how things change.

Yes, because it's 2020, there are barely a handful of shrieking hyenas left in the bottom of the barrel that can be brought on to push excrement and dead toads out of the back of the White House with their snouts. What a horrible bunch these people are. That means Caputo will likely be Vice President of the United States by August, of course.

Oh, and Caputo being hired signals something for Roger Stone's pardon, I would imagine, but you already knew the fix was in.
on April 23, 2020