A Merchant of Hate and Intolerance 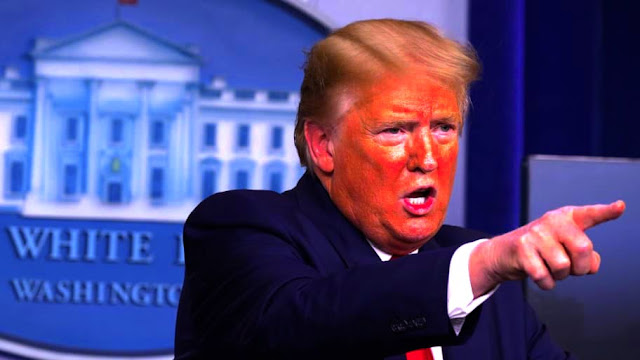 There are numerous Americans who have now been exposed to weeks and weeks of abuse. Trump is inflicting trauma upon them, making unhinged, snap decisions in real time without bothering to consider the implications. This has a jarring effect on people trying to make plans and live their lives.

This is a good example of that:


Late Monday, Trump made a shock announcement that he intended to close the United States to people trying to legally immigrate into America to live and work, effectively sealing off the nation from the rest of the world. The Times reports that the order will likely come this week and will contain some exemptions in industries that are considered to be critical. The newspaper also said the Department of Homeland Security was mulling a separate move to expand travel restrictions that already prohibit travelers from Europe and China, which would further shrink the number of people able to come to the U.S. even for short visits. Trump’s motivation is reportedly so he can be seen to be protecting American workers from foreign competition when the economy reopens after the worst of the coronavirus pandemic, particularly as he faces a tough re-election fight.

From what I've seen, in the business world, everything has ground to a halt. If there are visa holders who were planning on moving to the United States, their ability to come here and find housing and start working has been severely curtailed by all of the travel restrictions. There are holds and freezes on virtually every non-essential hire or movement and there are, in fact, tremendous numbers of layoffs and furloughs. So, I don't get what this order is supposed to accomplish other than throwing red meat to a howling mob of xenophobes and racists, all of whom seem to love Trump.

Having said that, the courts have not spoken and common sense has never had an airing with the policy devisions that are being made by the shitheads and stumblebums that surround this president. Who gets hurt here? I guess one good example as to how this might be a foolish thing to do would be to consider that there are possibly hospitals that are bringing medical personnel into this country in order to augment their staffs. You could have a hospital system that relies on foreign-based professionals to travel here and work for extended periods when their own staff is depleted. That would be an apt description of hospitals in New York and New Jersey in the very least.

So, in effect, Trump is preventing us from bringing capable individuals who are desperately needed at exactly the wrong time. Yeah, I can believe that he's stupid enough to do that.