What About the People? 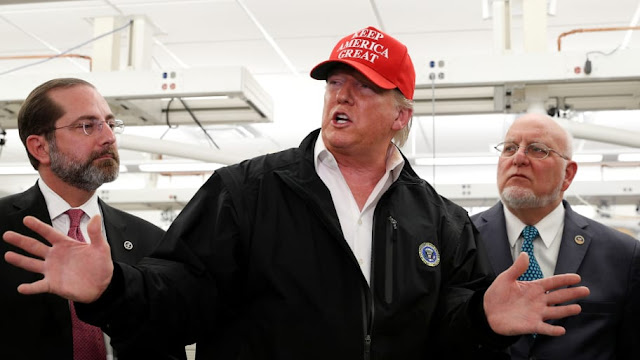 This tubby bitch is always worried about the wrong thing:


During the tour of the Centers for Disease Control and Prevention headquarters, Trump was asked by a reporter what measures he was considering to help offset the widespread economic and social impacts of the crisis. The president responded by saying the seasonal flu was worse with 36,000 deaths in the U.S. last year, compared to 240 confirmed cases of COVID-19. “When I first heard this I was shocked,” he said. “As of the time I left the plane with you we had 240 cases, that’s at least what was on a very fine network known as Fox News, don’t you love it? That’s what I happened to be watching and, how was the show last night? Did it get good ratings by the way?” he asked as he turned to a Fox reporter. “I don’t know,” the reporter responded. “Oh really, I heard it broke all ratings records, but maybe that’s wrong,” he continued. “But what happened if you look at the number, by the time we left, it was 240 cases and 11 deaths. That’s what it has been. Now, you look throughout the world and other countries—South Korea, Italy and particularly China, have many.”

What about the suffering? This president focuses on TV ratings instead of people. You would think that a media complex that is easily outraged would make hay out this. Nah, just a shrug.

It's all Obama's fault, who could have seen it coming, and no, we didn't fire all the experts who were in place to deal with this pandemic. The lies keep coming, the horror continues, and innocent people are dying because of Trump's incompetence.
on March 07, 2020