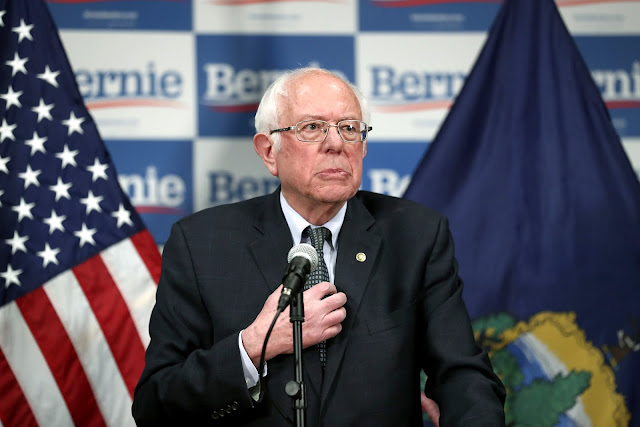 Bernie Sanders has never been more irrelevant than he is today:


Bernie Sanders is making it increasingly clear that his presidential bid is far from over, even as he faces long odds of winning the Democratic nomination.

Less clear, however, is whether his game plan is to pursue victory or to continue promoting his progressive agenda as nearly all aspects of American life — including the election — are upended by the coronavirus crisis.

While some former top advisers acknowledge the difficulty Sanders has in overcoming Joe Biden's significant delegate lead, other allies of the Vermont senator note that his message and his agenda are well-suited to a moment when millions of people are filing for unemployment and losing their health care while large corporations seek billions in bail out funds.

With Sanders and his toxic legion of supporters, there is no playbook. It's just shit flinging with this organization. Every day that Sanders stays in, he creates more problems for the Democratic Party. He clings to this because he probably feels that they'll need his vote in the Senate.

If it's a blowout this fall, and I hope to God that it is, then maybe Sanders won't be so important after all.
on March 31, 2020