Endorse Biden and Reap the Whirlwind 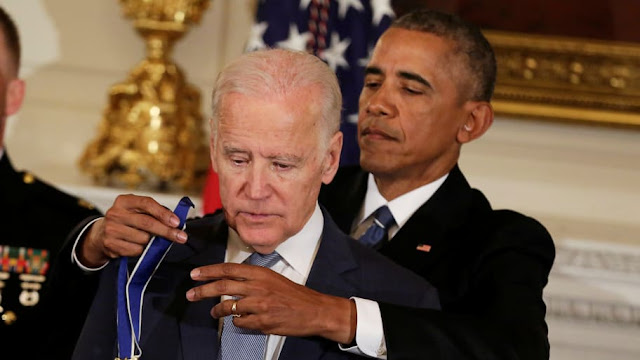 In American politics, it's never a good idea to waffle like this:


Former President Barack Obama congratulated his old buddy Joe Biden for his victory in South Carolina—but reportedly warned him that an endorsement could work against him. CNN reports that Obama called his former vice president on Saturday night. While Obama was reportedly full of praise for Biden’s comprehensive victory in the primary, he said an endorsement won’t be coming any time soon. “We are skeptical that an endorsement coming from us could truly change the political winds right now,” a person close to Obama reportedly told CNN, adding that, if Obama were to endorse Biden, there is “a very real chance it backfires.” Obama still believes his most useful role in the nomination process is as a unifier, with the confidant adding: “If he were try to put his thumb on the scale now, it would take away his ability to do so when it's most needed—the general election ... Weighing in now likely only divides things worse and weakens his standing for when the party will need it most.”

First of all, this "non-endorsement" of Biden is all about being afraid of a backlash from one particular group--the online troll army of Bernie Sanders. It's not about a backlash from Bloomberg or Warren, nor will it lead to an avalanche of hot dish hell from the Amy for America people.

Second, why does President Obama need advisors at this point? What is he running for? He should be ready to endorse the person who he thinks can beat Joe Biden. He should not be afraid of a backlash. He should be more afraid of being ignored.

Third, President Obama's endorsement is not as powerful as that of Rep. James Clyburn in that it probably wouldn't help Biden on Super Tuesday as much as it helped him in South Carolina. This is because President Obama does not have any weight based on where he lives, which is Washington D.C.

If they're thinking is, if Biden can come out of Super Tuesday with some victories and match Sanders in delegates, then an endorsement could be forthcoming, I would say that this is the wrong strategy. Now is precisely the time to put the thumb on the scale because doing so would help Biden get past his biggest challenge. It might sway supporters of Pete Buttigieg to move decisively to support Biden.   The language quoted above just seems like waffling to me. They're waiting to see if Biden can pull it off. They don't want to help, and that's devastating.

There are no Sanders supporters who are going to peel off and do the sensible thing, at least not online. We're headed for a bloody convention and a tough nominating process if this continues. Someone has to bury Sanders and reach 1,991 delegates and even then I believe it will be a massive fistfight. President Obama could help, but he won't.