Elizabeth Warren Was a Threat to the Evil That Grips America 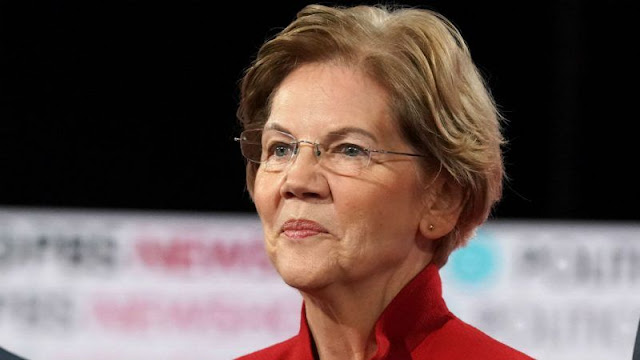 It's like getting punched in the gut. It is the moment I was dreading and couldn't bring myself to face.

What Warren brought to the run for the White House was a reality that far too many Americans can't face, either. One, we are overdue for a woman to be president. Two, we need someone who can speak to the nexus of money, corruption, political power, and the destruction of the Middle Class. The people who have a death grip on this country's throat were actually terrified that she would win the presidency and unravel their Gordian knot of criminality. Wall Street was particularly in a shit-your-pants mode from the start.

Warren had plans, solutions, fixes, and explanations for every goddamned thing that's wrong with this country and her reward for it was a media-enabled racist nickname and being erased from polls, coverage and analysis. She was the smartest person running and the most capable.

To the Democratic Party primary voters who didn't understand what this fight was about, oh well. Don't let my disappointment ruin your smug moment of victory. You stopped another woman from being president. I hope we can keep her in the Senate. If I know Warren, she's already planning to pivot towards helping to send Mitch McConnell home to Kentucky for good.

Email ThisBlogThis!Share to TwitterShare to FacebookShare to Pinterest
Labels: 2020, Editorial