This Jerk Won't Go Away 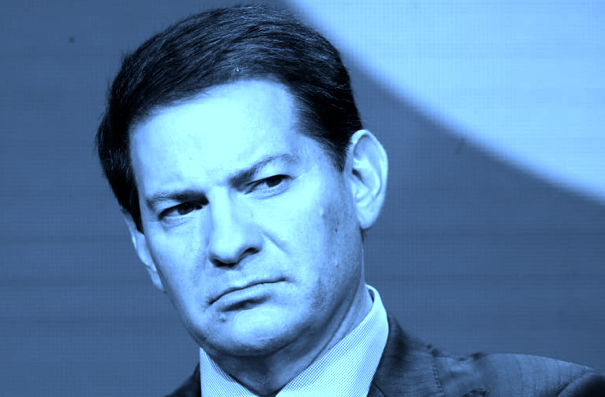 Mark Halperin deserves some side eye for this bullshit:


Disgraced pundit Mark Halperin said he believes murderers are treated more fairly—and receive better opportunities—than those who have been “canceled” from the public sphere for sexual misconduct. Halperin, who in October 2017 was accused by 14 women of unwanted sexual advances and groping during his decade-long tenure at ABC News, described to a meager group at an Upright Positions Communications event in San Francisco last week the hardships he has faced since getting “canceled.” After losing his spot as an MSNBC senior political analyst, his show on Showtime, and a book deal, Halperin said he hasn’t “had a job interview in two years” despite applying to several restaurants and Target.

“It’s akin to being a refugee, or being in some other situation where you’re constantly under pressure and can’t stop to unless you’re a super strong person, you can’t stop to try to rebuild that kind of confidence and self-worth that is required,” he said, before noting his life is akin to having post-traumatic stress disorder. When asked by a Mother Jones reporter if he should be held accountable for his alleged behavior, Halperin said that while victims deserve priority, there is a societal block to allow such prominent offenders to be reintegrated into society. “Murderers in our society who get out of prison are afforded an opportunity to go on with some aspect of their life,” he said. “The challenge to a lot of people who are canceled is there’s no mechanism for that, regardless of what they’ve done, regardless of whether they’ve tried to make amends.”

It's probably a good thing that Halperin has been cancelled because, well, this is what he was accused of:

The first woman told CNN she was invited to visit his office in the early 2000s, when he was political director at ABC News, to have a soda, and said that while she was there with him he forcibly kissed her and pressed his genitals against her body.

"I went up to have a soda and talk and -- he just kissed me and grabbed my boobs," the woman said. "I just froze. I didn't know what to do."

When she did make her way out of his office, the woman told a friend at ABC News what had happened. That friend told CNN she remembered the woman telling her about the incident and seeing her visibly shaken.

The second woman, another former ABC News employee, described a similar experience in his office during the 2004 campaign cycle. This woman said she was around 25 years old then, and wanted to be a "campaign off-air" -- ABC News' term for one of the reporters who travel embedded with presidential campaigns -- so she reached out to Halperin, who was a part of the decision-making process regarding those assignments at the time.

"The first meeting I ever had with him was in his office and he just came up from behind -- I was sitting in a chair from across his desk -- and he came up behind me and [while he was clothed] he pressed his body on mine, his penis, on my shoulder," this woman told CNN. "I was obviously completely shocked. I can't even remember how I got out of there -- [but] I got out of there and was freaked out by that whole experience. Given I was so young and new I wasn't sure if that was the sort of thing that was expected of you if you wanted something from a male figure in news."

Seems like a rapey kind of guy to me. The real accountability moment for Halperin has never happened because he hasn't been led away in handcuffs and charged with a crime. For him to complain about being cancelled is ridiculous. He's lucky that he hasn't been tried, convicted, and forced to register as a sex offender.