No Crime if There Ain't No Law 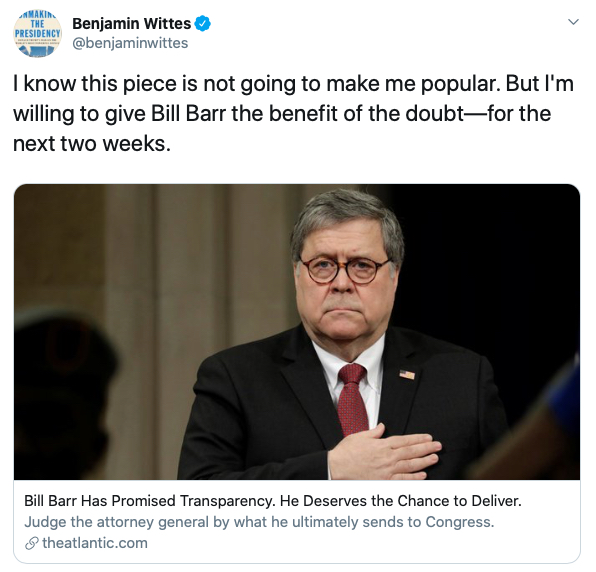 There is no longer any reason whatsoever to believe that those who work for Trump are looking out for the interests of the American people. William Barr is the second most dangerous man in America, and he is rapidly forcing the justice system to bend to his will:

The stunning and politically charged decision, which is expected to be filed in Washington, DC, federal court later Tuesday, comes hours after Trump publicly criticized the recommendation. It immediately raised questions about the Justice Department's independence from political pressure, and soon after the announcement, a prosecutor who worked on the case against Stone asked to withdraw from the case and resigned from the DC US attorney's office, where he had been temporarily assigned from another office.

Prosecutors from the US Attorney's office in Washington, who are employees of the Justice Department, had said Monday that Stone should be sentenced to seven to nine years in prison after he was convicted on seven charges last year that derived from former special counsel Robert Mueller's investigation, including lying to Congress and witness tampering.

The likes of Barr are there for one purpose--to cover up the lawlessness of Trump and his lackeys.

Oh, give him a chance, they said.

UPDATE: As of 04:50 PM Eastern time, THREE all FOUR of the assigned prosecutors have resigned from the Roger Stone case.