The Calls Are Coming From Inside the House

In 2016, Hillary Clinton's campaign was forced to spend all of May and June fighting off Bernie Sanders. This meant that the time and money she could have spent defining Trump was spent trying to keep an insurgency campaign from her left from derailing her candidacy. She should have won in a landslide, and were it not for the Russians, the Sanders dead-end campaign to the end, and Jill Stein,  she probably would have.

Well, this is where we are right now. Sanders is, once again, making an aggressive move against the very idea of a candidate for president being a woman. He is, once again, raking in millions promising hopeful people change he cannot deliver and using his base of supporters as a weapon against Democrats. And, once again, the Democratic National Committee is allowing this slow-motion train wreck of a primary to happen. It's been a disaster. Horrible debates, lackluster fundraising, and confusion reigns supreme. The money should be pouring in to beat Trump and his GOP enablers.

Instead, the money is pouring into an effort by Sanders to build an alternative to the Democratic Party. The goal is not to beat Trump. The goal is to spend the next five years raising money from hapless lefties who are mad at what Trump is doing but aren't smart enough to figure out that if they keep throwing away their votes because a candidate can't pass their purity test, they'll end up with Trump's kids running the country until the 2050s.

It should be as easy as pie to figure out how to define Trump as unpopular, incompetent, and an un-indicted co-conspirator. It should be a simple path forward at this point--bring forward a candidate who has America's future as their central organizing principle and let Trump's actions and words hang him.

The very act of writing about this invites attacks and harassment. The notion of pointing this out brings on more headaches than it solves. But, this is where we are at until voters in the Democratic Party get their heads out of their asses and figure out what matters. Are we going to throw it all away in November?

It looks like it. Instead of rallying to the cause of defeating Trump, the Democratic Party has decided to create a circular firing squad and open fire. 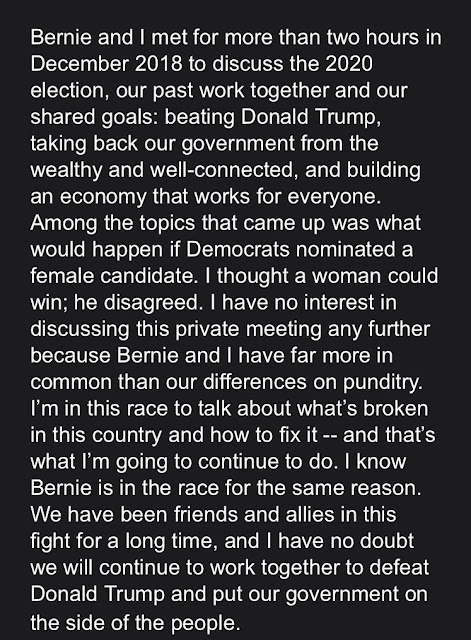