Russia, If You're Listening 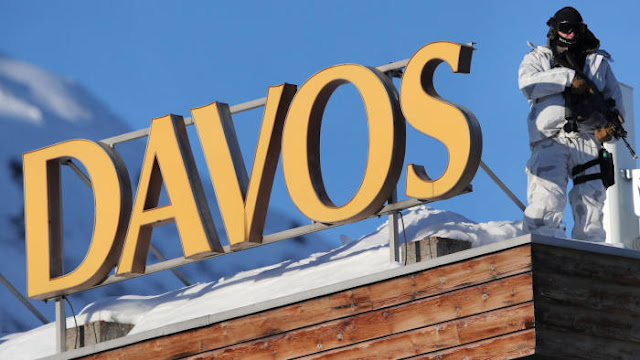 The Russians have been caught planting listening devices at the Davos summit. Everyone else got away with it, apparently:

Russian plumbers do not tend to summer in Davos. Even those with diplomatic passports.

Five months before world leaders began their pilgrimage to the annual World Economic Forum this week — among them US president Donald Trump — Swiss police interrupted what reports on Tuesday claimed were the beginnings of a Russian spying operation in the secluded Alpine town.

Alerted to their unusually long stay in the high-end resort, police picked up two Russian men in Davos in August, the Graubünden cantonal police department confirmed to the Financial Times.  The men claimed diplomatic protections, but had not been registered as official diplomats with Bern, the police said. No indications of criminal acts were found at the time, the police added.

According to Zürich’s Tages-Anzeiger newspaper, which carried a detailed report of the incident, police and Swiss federal officials suspected the pair of being Russian intelligence agents, posing as tradesmen in order to install surveillance equipment at key facilities around the town to monitor the private conversations of the world’s powerful and wealthy during the World Economic Forum on behalf of the Kremlin.


I hate to say that everyone does this sort of thing, but they do. Everyone spies on everyone else, and it is important to have in place people who understand that this is the game and these are the rules. In the Trump era, you have no idea how badly they are handling "the game" as it is played. It does not seem like Trump can keep state secrets, and it does not seem like anyone understands basic operational security.

But, good for the Swiss. I hope they picked up some nifty tools and gave these dudes asylum. In Putin's Russia, they were dead before they stepped off the plane back home.