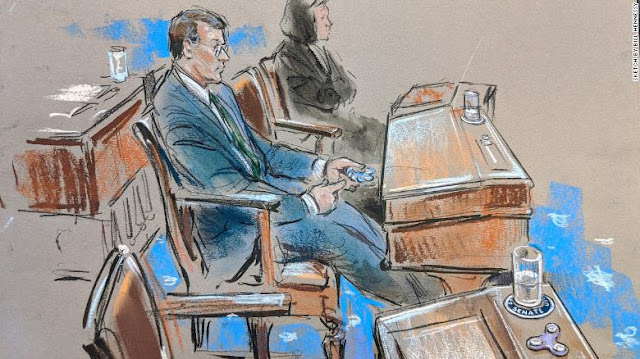 If there is one thing you can take away from today's impeachment trial in the United States Senate, it is that they are playing with fidget spinners.

The truth means nothing, the rule of law is in tatters, and the president can break any law he wants and abuse his power and obstruct justice and the American people, by and large, don't give a shit.

When their jobs are gone, hey, maybe they will start to care.

When the farms are wiped out, maybe they'll think about giving a damn.

When their way of life collapses, maybe they'll look back at the jackasses that they elected to high office and see them with their fidget spinners and make the connection between the destruction of civic responsibility and the collapse of the republic.

By then, everyone will be huddling around fires, safe in the knowledge that at least Hillary Clinton's goddamned E-mails were dealt with responsibly.