You Can't Run as a Lame Duck 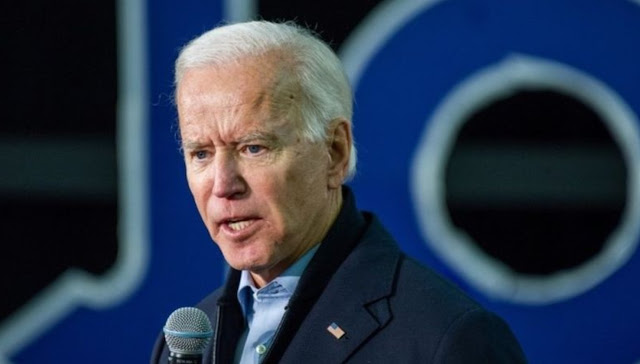 If you understand what happened the first and the second time that Joe Biden ran for president, you can't help but look at this story and shake your head in disgust:

Democratic presidential frontrunner Joe Biden has denied ever discussing with his campaign whether he would only serve one term if elected in 2020.

"I don't have plans on one term. I'm not even there yet," Mr Biden said.

Politico earlier quoted four people "who regularly talk to Biden" saying it was "virtually inconceivable that he will run for re-election" in 2024.

"Lots of chatter out there on this so just want to be crystal clear: this is not a conversation our campaign is having and not something VP Biden is thinking about," she wrote in a tweet.

The right response is to fire the person who leaked that, if they can be identified, and to dismiss this as something out of left field. Barring that, you never set yourself up as a lame duck, one term president, no matter what. This is why Biden is not running away with the primary and it is why the Democratic Party is flailing right now. We need capable candidates, and I think we have a handful of those. We also need people to engage on the issues and think about why they would support someone like Biden.

If Joe wins the nomination, he'll have my vote. But I think he will be a weak candidate, and it is largely because of his age and his inability to win the nomination in previous attempts. He was given the Vice Presidency largely because of a perceived ability to deliver smart political analysis and votes in the Senate for the Obama presidency. I don't know that he ever really delivered on that in a way that supports the idea that he should be president.

Yes, he would be a million times better than Trump. But that's not the standard that should be applied. We need to find a candidate who destroys Trump's chances of winning as narrowly as he did when Russia helped him steal the 2016 election. We need a president who will repair and restore the country over the course of two solid terms. We don't need this bullshit.
on December 12, 2019