Matt Bevin is a Terrible Human Being 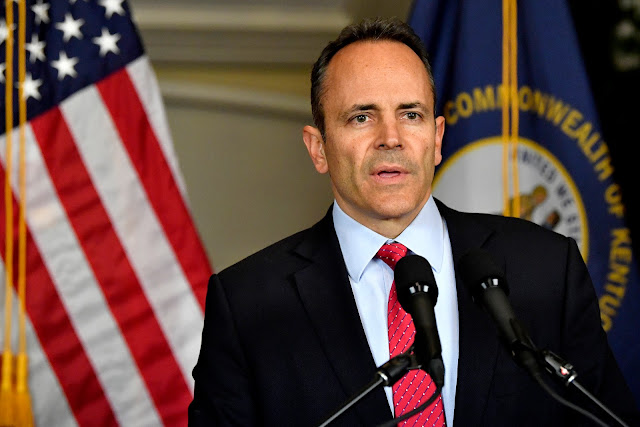 It should be clear to every American that Republicans are putting the very worst human beings up for office in every corner of this country. In Kentucky, they gave us a monster named Matt Bevin.


In his final days in office, former Kentucky Gov. Matt Bevin issued hundreds of pardons and commutations to people he said he would not hesitate to welcome as neighbors, co-workers or members of his church.

The pardons largely drew shock and outrage, not only because of the sheer number or apparent political motivations, but also because some involved violent criminals, including convicted murderers and rapists.

Still, Bevin, a Republican, further enraged critics when he said during a radio interview Thursday with WHAS in Louisville that he pardoned a child rapist partly because the hymen of the 9-year-old victim was still intact.

When WHAS host Terry Meiners asked Bevin about the pardon, the former governor focused on the lack of evidence from physical examinations of the victim and her sister.

"Both their hymens were intact," Bevin said. "This is perhaps more specific than people would want, but trust me, if you had been repeatedly sexually violated as a small child by an adult, there are going to be repercussions of that physically and medically."

We now live in a country where white men get to demonstrate their expertise on the hymens of little girls. Let that sink in for a while.

If this doesn't compel every decent person to vote against the GOP, then what the hell would? The rights of women and children are under vicious assault. Your health care is in mortal danger. The country is largely undefended and in the hands of compromised individuals. Money is flowing into the pockets of corrupt politicians. The environment is, literally, on fire. And people like Matt Bevin are in the mainstream of Republican politics.

This is not by accident. This is the shit show they want every person to live in.
on December 21, 2019