Why Is This Man Screaming? 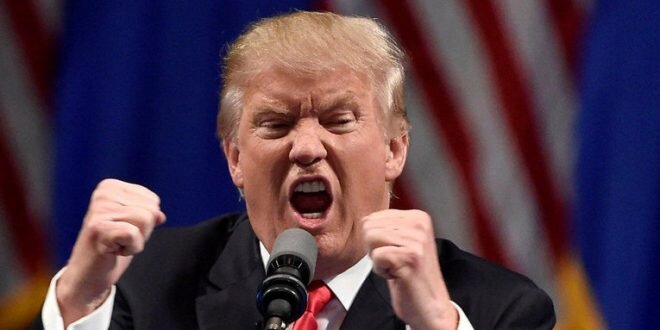 I haven’t written anything about the impeachment hearings, the latest outrage, or much of anything else because it is pretty evident to me that the establishment and the country as a whole are done with Trump. His presidency has failed, and his people are losing influence. He is operating in a very diminished capacity. It’s not 2017 anymore, and no one has to pretend that there are two sides anymore.

There’s the side of the rule of law, basic decency, human rights, and concern for the well being of the planet. And then there’s just this evil, deranged world view that operates out of Trump’s ass. It’s the side of dead-enders and people who know that, when Trump is thrown out of office, they’re never going to make an honest dollar in polite society anymore.

The conventional wisdom has decided to go against Trumpism, in other words, so you can follow this to a predictable conclusion. His side, the side of evil, will win some battles and do some awful shit to innocent human beings, and they’ll steal whatever they can before they leave. There will be pardons, there will be destroyed E-mail servers and wiped phones and shredders running morning, noon, and night. The end of Trump’s presidency will be an ugly affair, full of screaming and howling and white supremacy.

But, you know what? It doesn’t matter.

A Democrat will clean all of this up.

A Democrat will find the treasury empty and have to make do.

A Democrat will have to take the blame for everything that goes wrong.

A Democrat will serve eight years, God willing, and leave the country in better shape than they found it.

Life will go on. We need to vote like crazy in the primaries and in the general election. We need more Republicans to retire. We need to make a statement in November 2020. That statement should be a complete and utter rejection of Trump and a denunciation of all those who enabled him. They should be left dazed and blubbering, wondering what they’re going to do if they have to go home and make an honest living.

Everything we’re watching is just theatrics. Trump has impeached himself. He is a shabby man who wears bad suits and can’t find a moment of peace anywhere. He knows he has failed. Now is the time to grab that cash, motherfucker. Once your time is up, that’s it. The hellhound is going to come for you.