Gordon Sondland is a Lovable Goof 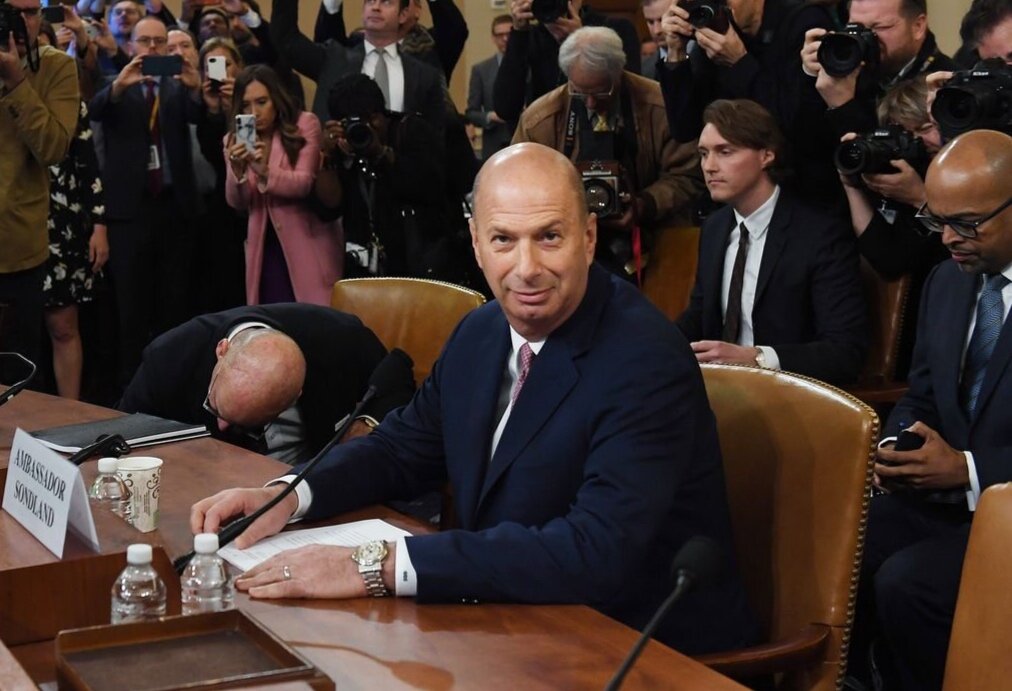 European Union Ambassador Gordon Sondland is the well-heeled donor that the Trump Regime deserves. I’ve never seen so many people who deserve to be destroyed with one another.

You have the axis of evil in American politics and a fascist fanboy club that is bent on destroying our democracy on one hand and, on the other, you have a goofball who doesn’t understand anything about where he’s sitting or what he’s doing. They most certainly deserve to be lit on fire so that they can burn together in one massive dumpster fire, and this the thing thing that will purify this fetid, shitty swamp we now live in.

Sondland is so lovable and goofy that I think we’ll all have a good laugh when he ends up finding out his fate. Does he think he still has a job? Who would keep him in his job after today? Does he think he can smirk his way out of this?

The corruption turns out to be a feature, not a bug. The incompetence you get for free.

I’m listening to Representative Adam Schiff say, “they got caught.” This is the conventional wisdom of the moment. Sondland didn’t plead the fifth. He plead guilty before everyone.

He’s guilty. They’re all guilty. Jesus Christ, it’s all insane, and the entire narrative has been set ablaze. Only fools and Republican representatives would argue otherwise.
on November 20, 2019