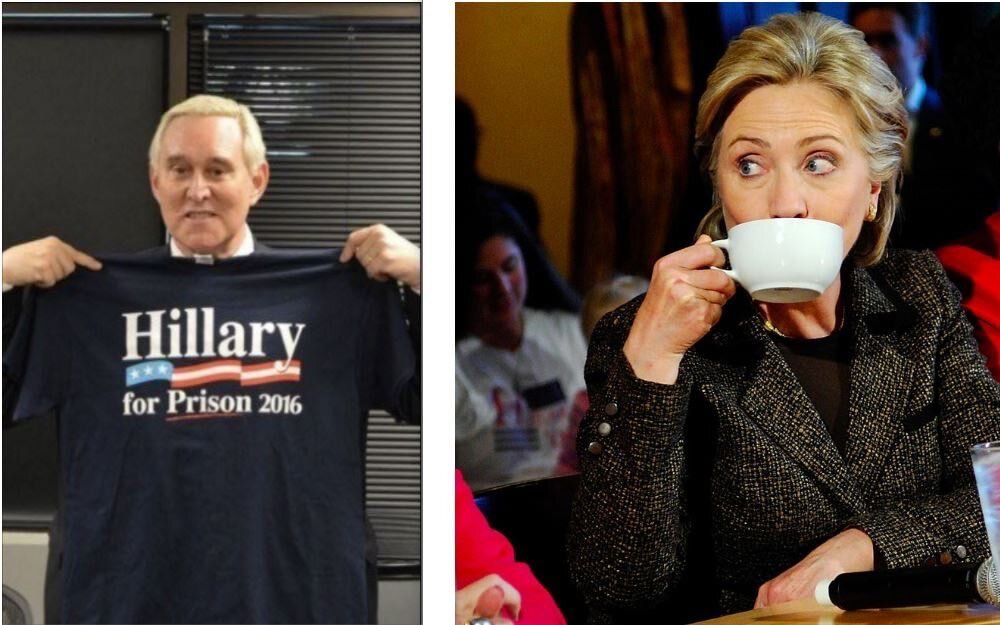 Roger Stone now has to wait for a president who, umm, can’t even pay his sub-contractors for a pardon. I suspect that pardon is already signed and ready to be dumped on Christmas morning, or something like that.

Stone has spent a lifetime avoiding consequences, and days like today, and it has now been brought to bear that he is a convicted felon. And a sack of human shit, too. Can’t forget that.

What this sad debacle tells me about our current politics is that if things are so bad that even Roger Stone can’t help but be convicted of felonies, then it has to be pretty bad for the Republicans. In past decades, Stone could operate with his usual alacrity and impunity and skirt the rules and get away with it. This time, his conduct was so desperate and egregious that he couldn’t escape accountability.

Isn’t the awful thing here the story of what brought us here? That the president was elected with the help of Russia is no longer an “opinion” or a “conspiracy theory.” It’s now established fact, and multiple individuals have been convicted of felonies related to the investigation of what happened. Stone was instrumental in the use of WikiLeaks as a weapon to defeat Hillary Clinton. The Russians used WikiLeaks as their cutout in this operation. We suspected these things in 2016. We cheered the investigation into those matters. And now, three years later, we are witnessing the country arrive at the fact that this really happened, the election was stolen, our democracy was subverted, and a shitty human being was at the heart of it, and now he faces prison.

Justice will not be served unless Stone is behind bars. He is a threat to this country.